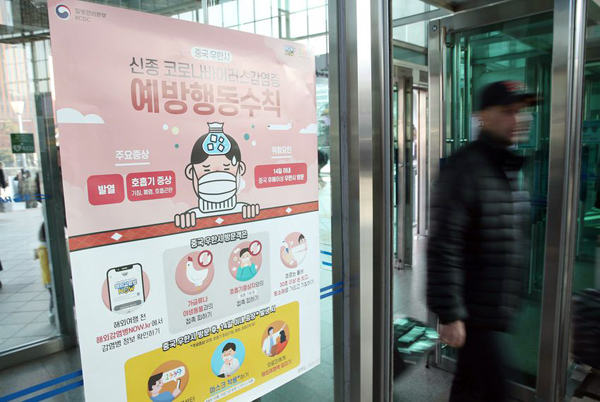 By Stacy Fernandez
Article and photo courtesy The Texas Tribune
The first confirmed case of the coronavirus in Texas was announced Thursday by the Centers for Disease Control and Prevention.
The individual who tested positive for coronavirus is isolated and receiving medical care at a local hospital in San Antonio, said Ron Nirenberg, mayor of San Antonio, in a Thursday press conference.
The individual was part of a group that was flown to a San Antonio Air Force base on a State Department-chartered flight from Hubei Province, China on Feb. 7. Of the 91 people on the flight only one showed symptoms, Nirenberg said.

The other 90 members in the group are considered “at high risk of having been exposed to this virus,” the CDC said. They are subject to a temporary 14-day quarantine on the military base and will be released Feb. 20, said Captain Jennifer McQuiston, the deputy director of the center’s Division of High Consequence Pathogens and Pathology.
“On Feb. 7, the U.S. Department of Health and Human Services began transporting American citizens evacuated from the Hubei province of China and Joint Base San Antonio-Lackland Air Force base was one of the four designated quarantine sites,” Nirenberg said.
Americans evacuated from Hubei province arrived at military bases in Texas, Nebraska and California, according to the CDC.
The bases include: Lackland Air Force Base in San Antonio, Travis Air Force Base in Sacramento, Calif., Marine Corps Air Atation Miramar in San Diego, and Eppley Airfield in Omaha, Neb.
The San Antonio case is the 15th confirmed case of the virus in the United States, according to the CDC.
There will likely be more cases in the next few days and weeks, including other people who’ve recently returned from Wuhan, China, according to the written release.
Last month, the World Health Organization declared the deadly coronavirus outbreak a global health emergency — the sixth declaration of its kind in the past decade. Worldwide, there have been more than 60,000 confirmed cases of the pneumonia-like virus. More than 1,300 people have died in China from the virus so far.