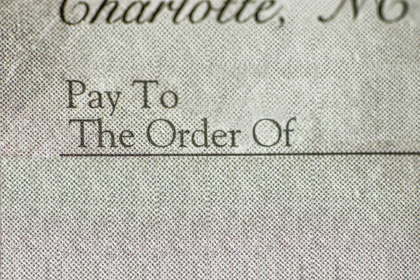 Officers were dispatched to the intersection of 5th and Palfrey Street in Natalia for a disturbance, but ended up discovering that the suspect was in possession of several fictitious checks. It happened around 11 am on January 31. A 34-year-old male subject of Lytle, was arrested and charged with Forgery of Financial Instrument.
“Two of the checks were business checks, and four were personal checks from two different credit unions. He was also in possession of a paper driver’s license,” Chief Glenn Barrow said.

The checks were very realistic, authorities say, one of the scariest things about the growing world of check fraud.
“You wouldn’t know they are fake just by looking at one. However, this individual was in possession of several checks in other people’s names that weren’t his. I’ve been a member of one of those financial institutions on these checks for over 40 years, and those fictitious checks looked just like my checks.”
“We believe these checks were manufactured in San Antonio, and we have notified SAPD,” Chief Barrow said. “The person who was responsible for making these checks was picked up in Carrizo Springs.”
“I rarely ever write a check anymore. It’s just ridiculous the amount of forgery that’s going on and how realistic the checks look. The best thing to do is just use a cash to pay people that you don’t know.”
The suspect was booked into Medina County Jail with a $10,000 Surety Bond set.