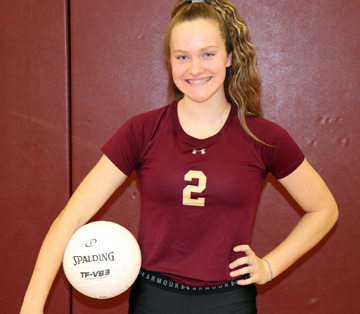 In her junior year, Megan Runyan was named to the Texas Girls Coaches Association All Star Team. She will be competing on the blue team for 1A – 4A. There were 12 girls named to the team and they will play July 7th in Arlington while the TGCA clinic is going on.
I am so proud of Megan for receiving this honor. She really worked hard in the off season to improve all of her skills, especially hitting. She really stepped into some big shoes since she has been behind Addie Trojanowski and Sierra Pompa for the last two years, but she learned a lot from them. Even though she had to sit out half the season due to an injury, she never let that stop her determination for doing what her team needed her to do. I am excited to see her play and know she will do an amazing job representing Devine. She joins a list full of talented players from Devine that have been selected to the TGCA All Star team in the past.
By Coach Leigh McIver