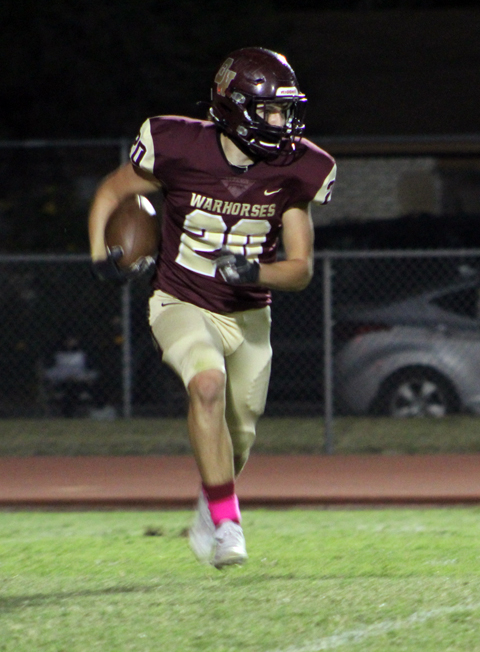 The Devine Warhorses look to bounce back in a big way this Friday as they take on the Bulldogs in Bandera. The Horses saw their five-game winning streak come to a halt against the Hondo Owls last Friday.
Bandera has had a rough go of it so far this season with no victories to show after six games played. The Bulldogs have been outscored 262-32 with their closest shot at a win in their 22-19 district opening loss to Crystal City.
“Bandera has a young team,” Warhorse Head Coach Paul Gomez began his weekly assessment of his team’s upcoming opponent. “Those are dangerous-type teams because there is no pressure there so they are ready for anything. Coach Amadee and his staff know football and as you can see from last year’s 8-3 overall record know how to get the best out of their players.”
Devine is looking to avoid a “Hondo-Hangover” that could plaque the team in the beginning stages of the Warhorses next ballgame.
“Bandera will be a tough game and we better be ready to play,” Gomez stated. “We are going to get back to work and bring energy and intensity to practice just get better!”
By Jerel Beaty
Staff Writer