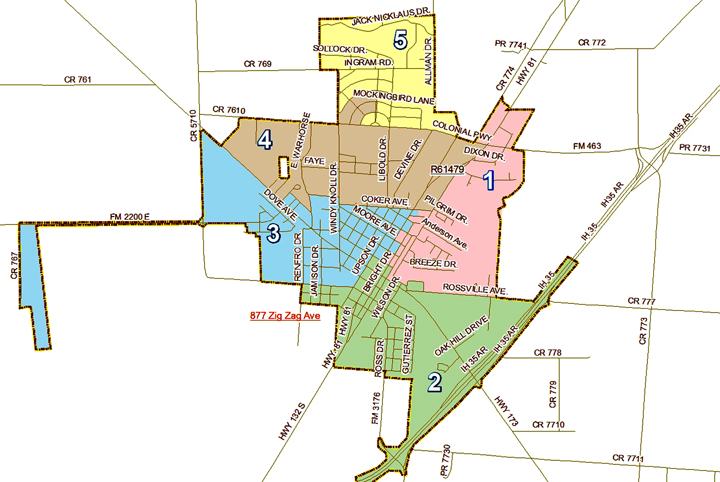 The deadline to file to run for Mayor or one of the four Council seats up for grabs in the City of Devine’s upcoming General Election is Friday, February 14.
Applications are available from 8:00 am to 5:00 pm at City Hall, located at 303 S. Teel.
Election Day is Saturday, May 2.
Council positions up for election include the District 1 and District 4 seats recently vacated by David Valdez and Jennifer Schott, respectively; the District 3 seat currently held by David Espinosa; and the District 5 seat currently held by Debra Randall.
The position of Mayor, currently held by Cory Thompson, is also up for election.
Terms of office are for two years, and are staggered so that only three seats are up for election in a given year. However, since Thompson and Randall were appointed to their positions following resignations, the Mayor and District 5 seats join the District 1, 3, and 4 seats in this election cycle.
The winners of the mayoral and District 5 elections will serve for one year before those seats, along with the District 2 position currently held by Steve Lopez, are up for election again in May 2021.
Those elected to the District 1, 3, and 4 seats will serve the standard two-year term until the May 2022 election.
Only residents of a specific district are eligible to represent that district on City Council, while anyone living inside the City limits is eligible to be Mayor.
By Marly Davis
Staff Writer