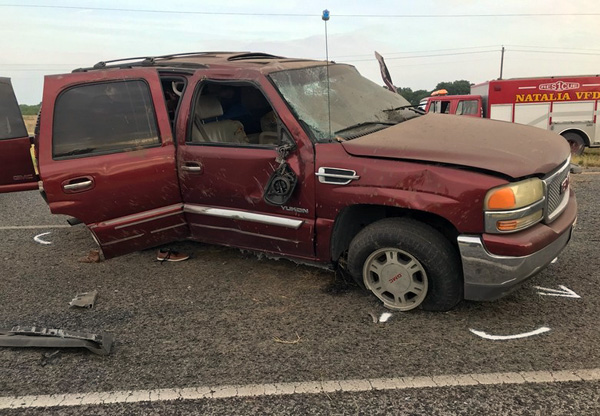 A father and son lost their lives in a rollover accident this past Saturday, August 24 while traveling south on IH-35 near MM 127. A blowout reportedly led to the tragic accident around 7:37 am.

According to DPS, “A 2002 GMC Yukon, driven by Juan Pedro Ibarra, 59, of San Antonio, and occupied by Juan Pedro Ibarra Jr., 36, was traveling southbound on IH-35. For reasons not yet known, Mr. Ibarra lost control of the vehicle, causing it to veer into the center median and rollover. Neither man was wearing their safety belts causing both to be ejected and killed. The investigation is ongoing and all the contributing factors are still unknown.”
The Texas Department of Public Safety would like to remind all drivers to abide by traffic laws, minimize distractions, don’t drive at unsafe speeds, and always wear your safety belt. The crash report can be obtained at Texas.gov once the investigation is completed.