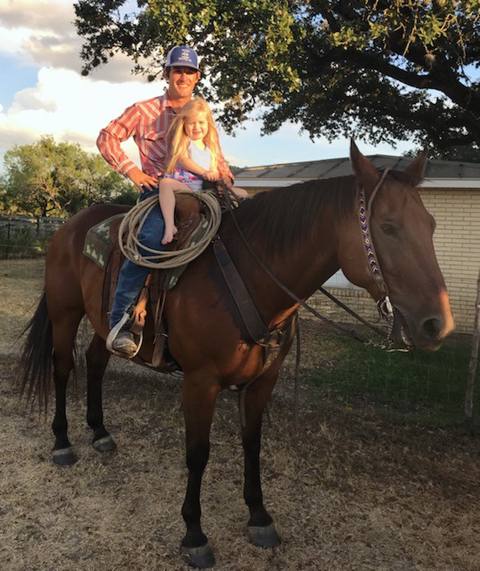 Cuatro Houston, a Devine native, is one of 12 contestants in the special six-night event, Ultimate Cowboy Showdown. In this upcoming INSP competition series, country music icon, Trace Adkins, judges a dozen of the most accomplished and strong-willed cowboys in America, who vie for a life-changing prize package.
“It was an interesting experience, unexpected,” Houston said in an interview this Tuesday. “They never told us what we were going to be doing until five seconds beforehand. Some of the challenges they asked us to do were what you would expect, while others were mind-blowing, like you can see in the preview where there are two guys who had to jump in the arena with a mean bull.”
“I saw a flyer about this show and contacted them, and then about three months later, I heard back from them. Out of about 1,500 applicants they picked 12. Then I had to go to Alabama and we filmed for about two weeks. Every two days or so someone was eliminated. The show was filmed back in April, but it is just about to air on October 14. I also just found out that I am going to be on the Good Morning America Show this week.”
“It’s been an interesting experience. I’ve never been to New York before and I’m not even sure I’ve ever seen that show. You watch TV all the time, but you would never think you’re going to be right there in the middle of it,” Houston adds.

Houston resides in Devine with his wife Megan and daughter Kelly who has definitely inherited dad’s love for cowboying.
“You can’t get that kid off a horse,” Houston said with a laugh.
In Ultimate Cowboy Showdown, cowboys from across America put real-world cowboy skills to the test in team and individual challenges to determine how well they work together and who can rise above the rest. Tensions flare, egos clash and values collide as each contestant tries to prove that their passion and grit makes them the BEST! The danger is real. The stakes are high. In the end, only one will ride off a winner, earning the coveted title of Ultimate Cowboy.
Ultimate Cowboy Showdown airs exclusively on general-entertainment network INSP, the recognized leader in Western and Western-adjacent programming, the week of Monday, October 14th through Friday, October 18th at 9PM ET. The competition concludes with the final showdown on Sunday, October 20th at 9PM ET. The series will be available in its entirety on Monday, October 21st on Amazon Prime Video.