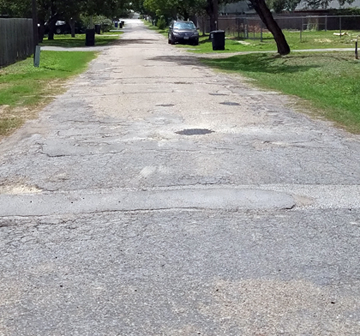 The final budget for the 2020-2021 fiscal year was set to be approved by the Devine City Council during a Special meeting held on press night on Tuesday, September 29, with Council members still hoping for a balanced budget.
That outcome remained up in the air at the previous Special meeting on Sept. 22, with additional budget requests bumping the proposed budget’s General Fund deficit from $222,154 to $243,500, though TIRZ consultant Lance Elliott and District 5 Councilwoman Debra Randall both offered cost-saving proposals.
Property purchase
A large portion of the deficit in the proposed budget stems from the potential $325,000 purchase of 28 acres of land along Hwy. 173 across from Walmart as part of a Council-approved plan to develop City-owned property along IH-35.
The plan calls for supplementing the 40-plus acres the City already owns with the purchase of other private property in the area, extending utility lines, and constructing a sewage lift station and a road to connect Hwy. 173, County Road 3176, and the access road in order to lure outside development.
In November 2019, when Council approved the plan, City Engineer Raul Garcia estimated it would cost $3.5 million, not including the purchase of additional property.
The area is one of the City’s Tax Increment Reinvestment Zones (TIRZ), which captures projected tax revenue increases to construct public infrastructure, encourage development, and reduce the cost of private development by providing reimbursement for eligible public improvements.
In this particular TIRZ the City of Devine will forgo 70% of the improved property tax revenue, which will go to the developer. Medina County will forward 30% of their portion of new property tax revenue to the the developer as well. This can last for up to 25 years (2038) or until the developer’s investments are recouped.
A Board of Directors runs the TIRZ – in Devine’s case, the City Council – and can borrow money and purchase property.
Elliott suggested the City do a short-term bank loan using a portion of the TIRZ proceeds as collateral to fund the 28-acre purchase.

“So if we were to go to the bank and say ‘we need to borrow [money],’ and we’ll pledge a portion of our TIRZ income for that, to do the debt service till the road’s in and we can begin to pay off,” Elliott said. “The TIRZ can do that…We might want to take and talk about assigning at some point in the future to the TIRZ and just let the TIRZ purchase it.”
During the budget workshop portion of the meeting, Interim City Administrator Dora Rodriguez asked if Council wanted to consider Elliott’s suggestion for financing.
“Under the [Tax Increment Financing], y’all as the TIF board can buy property that way, to where y’all can use the TIF as collateral, and then use the money under the TIF to make the [loan] payments,” Rodriguez said. “And then if the land sells…use that money to pay off that short-term loan.”
Mayor Cory Thompson said that he didn’t have a problem using loans to finance one-time purchases.
“It won’t raise taxes because the loan will be paid back by the TIRZ,” Thompson said.
Street repair
Randall pressed for including more money in the budget for roadwork.
“I really want us to do some roads,” Randall said. “I’m sorry, but my district is pouncing on me over it, and I’m sure you guys hear about it too.”
Randall said she spoke with Medina County Precinct 4 Commissioner Jerry Beck about securing the help of county road crews and equipment for paving city streets, as was done several years ago on Warhorse Drive, and as Precinct 2 is currently doing in La Coste (see “Medina County Pct. 2 paves way for better streets in La Coste” in last week’s edition).
“We will have to pay for materials like we did for Warhorse, and [Beck] said it comes out to approximately $38,000 a mile for material,” Randall said, “and that’s three-inch base and two layers of seal coat.”
In a Council meeting held on Sept. 8, City Engineer Raul Garcia estimated the cost to resurface an uncurbed, 20-foot-wide road at around $43.00 per foot, meaning that the City could resurface about 6.6 miles, or about 22 percent, of its approximately 29 miles of streets for about $1.5 million.
“The proposal we got for the $1.5 million, if we did just straight seals, at six miles, it was $1.5M,” Randall said. “This is $228,000, and we’re working with the County. I mean, they’re doing the work, they have the machines, they have the people, they have the crew, they have the experience. And we’re paying for material and look at Warhorse, it still looks great.”
District 3 Councilman David Espinosa expressed support for the idea provided that city and county road standards match.
“So then we need to go back and find [$228,000] for the streets?” Rodriguez asked.
Randall, who asked earlier in the budget workshop that an additional 10 percent be cut from each City department, said that request could be taken off the table if the money for streets could be found.
“At least our taxpayers wouldn’t be so crabby with us,” Randall said.
According to Randall, the Pct. 4 crews and equipment will be available from October until sometime in the spring of 2021.
By Marly Davis
Staff Writer