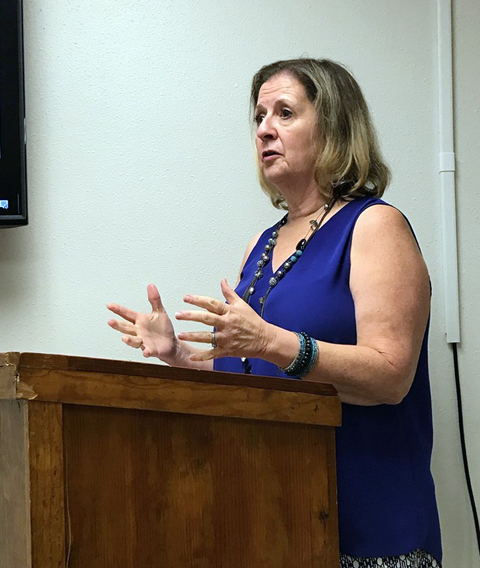 The Devine City Council awarded a $384,000 contract to repair the LC Martin water well to TTE, LLC, electing for the base level of repair over a more expensive alternative bid that would automate filter backwashing.
Council made the decision to go with TTE’s base bid instead of Shannon-monk, Inc.’s $476,550 alternative bid at the Regular meeting held last Tuesday, October 15.

Grant money from the Community Development Block Grant program (TxCBDG) is providing $247,250 for the project.
City grant writer Judy Langford of Langford Community Management Services explained the difference between the base and alternate bids in lieu of City engineer Raul Garcia, who was unable to attend the meeting.
“So what the difference is, is that if you go with just the base bid alone, that the filters have to be hand washed,” Langford said. “Somebody has to wash them. If you go with the other bidder, with the added alternative, it does it automatically.”
Langford explained that the filters catch solids in the water that have to be removed, and that the filters then have to be washed out in order to clear the solids from the filters.
In a letter to Interim City Administrator Dora Rodriguez about the bids dated Oct. 11, Garcia wrote that if the base bid was chosen, the City’s supervisory control and data acquisition (SCADA) system would send an alert when the filters needed to be backwashed.
“This requires the operator to close two valves and open one valve to backwash each filter for fifteen minutes, then close the one valve and open the two valves,” Garcia wrote.
Public Works Director Ismael Carrillo said that Garcia hoped the filters would only need to be cleaned once a week at most.
“I believe he said it’s probably about 15 minutes per backwash, so about 30 minutes [total],” Carrillo said.
“After it’s been in place, you’ll know more whether it needs [backwashing] once a week, or once every two weeks, or what it is,” Langford added.
A motion by District 3 Councilman David Espinosa and District 2 Councilman Steve Lopez to go with TTE’s bid passed 4-0 with the support of District 4 Councilwoman Jennifer Schott and District 5 Councilwoman Debra Randall.
District 1 Councilman David Valdez was absent.
By Marly Davis
Staff Writer