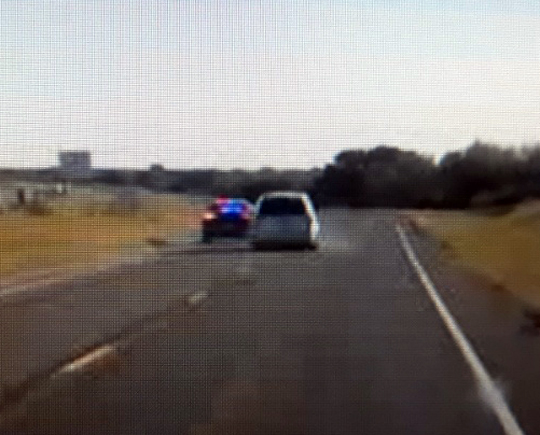 Multiple Border Patrol units could be seen searching the land near the I-35 access road at Exit 116 just a couple miles south of Devine after a pursuit on I-35 this past Monday around 9:45 am.

“They evaded for about 10 miles, losing control several times, then veering off to the east access road crashing into trees/brush,” said Frio County Sheriff’s Office. “Four to five people absconded into the brush……and another 4 were captured and one undocumented illegal immigrant with injuries from the wreck was transported to San Antonio to the hospital.”
It is believed that four or five occupants bailed out in the brushy field near Devine as the pursuit came to a head. The pursuit began in Frio County and ended between Devine and Moore, and one unit continued the chase with another vehicle which was also involved in the pursuit.