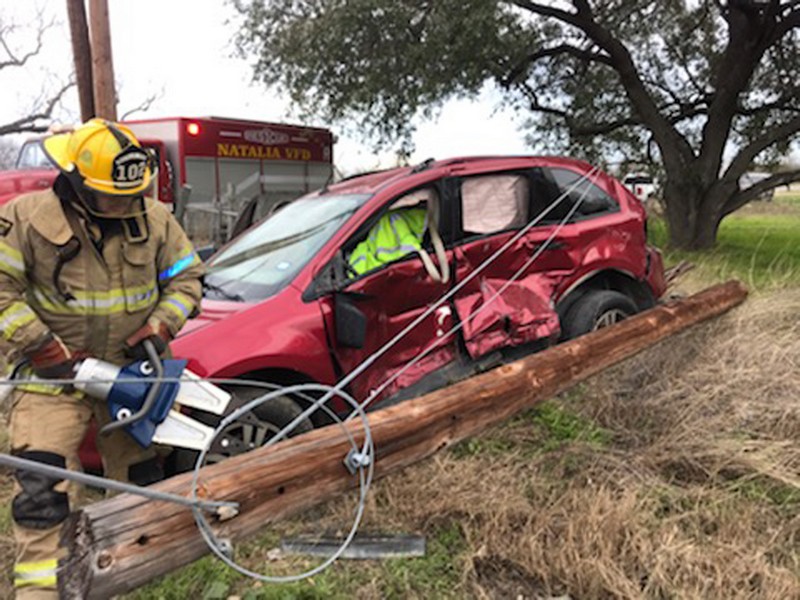 An elderly woman became trapped after a collision with a pickup truck and trailer on FM 463 near the intersection of CR 6715 between Devine and Natalia this past Tuesday, January 29. The road had to be shut down for approximately 45 minutes as first responders pried the vehicle open to free the driver and cleared the scene in which cables were draped across the roadway from a utility pole.
“An elderly woman pulled out onto FM 463 where she collided with a truck and trailer hauling goats. She spun out, striking a utility pole which broke in half and her vehicle was wrapped up in the cable. Thankfully it wasn’t a live line,” said firefighter Derrick Caddell.
Thankfully everyone was okay, and as always we are so grateful to our volunteer firefighters who are ready to answer calls like this in which the woman was trapped inside her vehicle due to the driver’s side door being smashed and caved in.