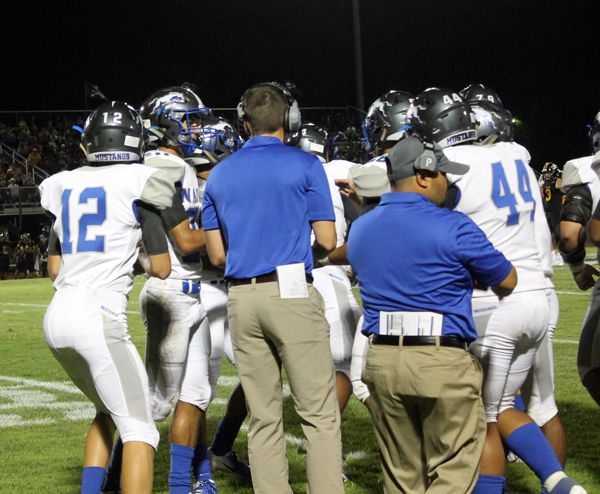 The U.I.L. released their 2020-2022 Re-Alignment for Volleyball, basketball, and Football for schools in the state this past Monday, February 3rd. Athletic Directors and Coaches met their respective region service centers, as this threw a kink into many non-district football schedules they had tentatively set. As for Natalia’s Athletic Director Ilyan Martinez, there were not too many surprises as he and his athletic program are ready to roll with what was released.
As for Natalia Football, they only had to drop one non-district opponent which would have been a fun new match-up as they will now be a part of a seven team football district.
When it comes to volleyball and most likely all other sports, things will only get tougher as they dropped Laredo Harmony and replaced this cup-cake with three very competitive programs.
Football Outlook
Natalia will remain in District 15-3A, as they will say good-bye to the Skidmore-Tynan Bobcats and will welcome old district foe Karnes City who dropped down from 3A Div. I as well as a very tough George West program who also dropped down from Division I.
Dilley, Nixon-Smiley, Poth and Stockdale will remain in the district with the Mustangs.
Most predictions had Skidmore-Tynan going south, but hopes were Karnes City would come and Natalia would remain a six team district which has been the norm. The only other squad many felt would join Natalia was Ingram, who ended up going to Region I.
George West is coming off a 12-1 season that saw their season end in the third round of the Division I Playoffs vs. Hallettsville. George West and Natalia have not been district foes in football since 2003 and it has only been two years since KC and Natalia were in the same district.
Karnes City finished their campaign 5-5 a season ago and missed out on the playoffs in their Division I district.
“This will be the first time since we have been here as a staff that we will be in a seven team district,” Natalia Head Coach Ilyan Martinez said. “Evaluating the teams in our district and our entire schedule from top to bottom, this will be one of the toughest schedules Natalia has had in a long time.”
Writer’s Note: In my opinion, this will be the toughest schedule Natalia has had in 25+ years of Natalia Mustang Football.
“We are excited about the challenge that lies ahead and we know we will have to come to play week in and week out,” Martinez said. “Our focus this off-season has been taking our program to the next level and I think having the schedule and district that we have will really challenge us and create that opportunity. It will be up to us to make that happen and that is certainly our goal.”
The non-district schedule for 2020 Natalia Mustang Football will include a season opener against Jourdanton with dates vs. Cole, Randolph and rival Lytle to follow. Had there been a fifth non-district game, it would have been vs. the Uvalde Coyotes most likely which would have been a neat match-up and I believe the first possibly ever.
“I think our program is in the right place right now to make great things happen,” Martinez said.
Other 3A Division II districts in Region IV include:13-3A: Buffalo, Clifton, Florence, Franklin, Lexington, Riesel, Rogers; District 14-3A: Altair-Rice, Danbury, East Bernard, El Maton Tidehaven, Van Vleck, Wallis Brazos; District 16-3A: Banquete, Hebbronville, Monte Alto, Odem, Santa Rosa, Skidmore-Tynan and Taft.
Volleyball/Basketball
For volleyball, basketball and most likely the remaining spring sports Natalia will have a few new yet familiar faces join their district.
Natalia lost Laredo Harmony in all sports, but picked up traditionally tough Karnes City, Poth and always scrappy Poteet. They will join Natalia along with Dilley, Jourdanton and Cotulla to make a really challenging 8-team district where each week will be a battle on either the hardwood or the diamond.
Natalia will no longer be District 30-3A and will move back to District 27-3A. The main difference now, will be the fact in playoffs, 27-3A would go toward District 28-3A which includes Altair Rice, Columbus, Edna, El Maton Tidehaven, Hallettsville, Palacios, Vanderbilt Industrial and Yoakum.
Note: There is a small chance baseball and softball could be different, but everyone expects it to be the same.
Of course just by looking at this, it is no secret making the playoffs will be quite the challenge for each and every squad as Poth and Jourdanton will be obvious favorites in volleyball and basketball until someone proves otherwise. KC of course is always salty along with the remainder of the squads including an up and coming Natalia squad.
One positive will be softball, as the extra challenges will help better prepare Natalia for the softball playoffs.
Other Region IV Districts include: 25-3A: Austin Idea Montopolis, Blanco, Comfort, Ingram, Lago Vista, Llano; 26-3A: Luling, Marion, Nixon-Smiley, SA Great Hearts Monte Vista, Cole, Randolph, Stockdale, Gervin; 29-3A: Aransas Pass, George West, Goliad, Mathis, Odem, Orange Grove, Skidmore-Tynan and Taft; 30-3A: Banquete, Bishop, CC London, Falfurrias, Hebbronville, Laredo Harmony, San Diego, Santa Gertrudis Academy; 31-3A: Donna IDEA, Edinburg Quest Idea, Lyford, Monte Alto, Vanguard Academy Rembrandt-Pharr, Vanguard Beethoven, Weslaco IDEA Pike; 32-3A: Brownsville Harmony, Brownsville IDEA, Brownsville IDEA Riverview, Brownsville Jubilee, Progreso and Santa Rosa.
As for now, it is time to get back to Winter/Spring Sports in 2019-2020 prior to the start of this re-alignment fun. Get out and support the boys and girls in blue.
By Eric Smith
Sports Writer