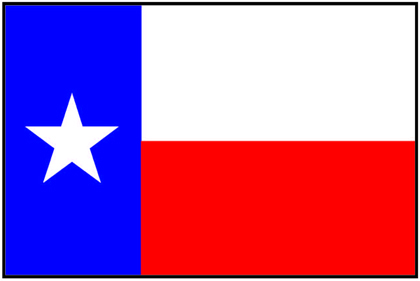 Attendees of the May 18 Devine City Council meeting were treated to nearly 10 minutes of an argument between Mayor Cory Thompson, District 2 Councilwoman Angela Pichardo, and District 5 Councilwoman Debra Randall over the merits of saying the Texas pledge at the beginning of Council meetings.
The bickering only ended after a Devine resident took to the podium to ask Council to make a decision and move on with other City business on the agenda that still needed to be addressed.
The Council’s Regular monthly meetings open with a prayer and the pledge of allegiance to the United States flag. Pichardo said she requested the addition of the Texas pledge to the beginning of meetings after seeing that other cities included it.
“What cities are you specifically referencing?” Thompson asked.
Pichardo cited The Woodlands and Houston, and added that the Texas pledge is also recited in schools.
Locally, the Natalia City Council and Natalia ISD School Board meetings both include the Texas pledge along with a prayer and U.S. pledge.
“I just think it would be a good idea to bring us together as citizens and Texans,” Pichardo said.
District 3 Councilman David Espinosa said he didn’t have a problem with adding the Texas pledge, though Randall disagreed.
“I personally don’t see a need for it,” Randall said. “We’re not in elementary school any longer.”
“Well, it’s not about elementary [school],” Pichard said. “We’re all Texans.”
“Yes we are, but we don’t have to say the pledge to the Texas flag,” Randall said. “I don’t see the necessity of it.”
“I think it signifies that we are unified Texans,” Pichard said.
“I pledge allegiance to the United States of America,” Randall said. “I don’t need to also do it to Texas because I live here.”
“I respect your thoughts, I really do,” Pichardo said. “I respect them.”
“Then don’t try to change it for me,” Randall said.
“Does this in any way benefit the city of Devine in, I don’t know, a meaningful way?” Thompson asked.
Pichardo said that she thought it would bring people together as citizens of both Texas and the United States.
“The City of Devine, we are regulated by the state of Texas, and I honor being a Texan,” Pichardo said. “That is an honor, and I would hope that it’s an honor to every individual in this building.”
“I’m just asking if there’s a benefit,” Thompson said. “I mean, normally when we have stuff on the Council stuff it’s about potholes and things, so I was just curious what the benefit was.”
After District 4 Councilwoman Kathy Lawler said she couldn’t hear what was said, Thompson elaborated.

“What it comes down to is simply, you know, obviously, when we come around this table, typically what we’re trying to do is trying to bring Devine forwards in a way that uplifts the people of Devine,” Thompson said. “This is the goal of this table. And I was asking Angela how [the Texas pledge] got us to that point.”
Lawler said she had no objection to the addition of the Texas pledge, and said that where she lives she can hear it recited at one of Devine ISD’s campuses every morning.
“I personally have got no problem with it,” Espinosa said again.
Thompson then pointed out that a prayer and the U.S. pledge are only said at the beginning of Regular meetings, not called meetings, and that the agenda item as written called for the Texas pledge to be recited at the beginning of every meeting.
Pichardo said she was open to that change, and that doing so would allow Council to get right to business in Special or Emergency meetings.
“It takes about 30 seconds to read the pledge,” Pichardo said. “And again, it’ll bring the city and the state, again, together.”
“How does it bring the city together, Angela?” Randall asked. “They’re not here.”
“Councilwoman, I’m not going to argue with you about that,” Pichardo said.
“I’m not arguing, I’m asking you a question,” Randall said. “How does it bring the city together?”
“We’re all Texans, and I think that in pledging to the United States, also to Texas, I think it unifies us,” Pichardo said.
“How does it unify the city?” Randall asked. “That’s what I’m asking, you’re not answering my question.”
“The City is part of Texas, I hope you understand that,” Pichardo said over Randall’s laughter. “That we are regulated by the state of Texas. Our Texas government codes are regulated by the ethics commission, the Secretary of State, the governor. We just chose to change all our ordinances on masks because of government.”
“That has nothing to do with the pledge,” Randall said. “We’re talking about the pledge. I don’t know how it uplifts Devine.”
“And I respect your opinion,” Pichard said.
“Obviously you don’t because you’re not answering the question,” Randall said.
Devine resident Billy Alvarado approached the podium and was recognized by Thompson.
“You know, I’ve been a part of a lot of City Council meetings, both here and in Louisiana,” Alvarado said. “I’ve seen some stuff argued over that makes a lot of sense, and some that doesn’t make a lot of sense. I look at a City Council as being stewards of our money, our time, our taxpayer dollars.
“Some things just aren’t worth fighting over. I don’t think this is worth arguing over. Y’all need to make a motion to either do it or don’t do it. Let’s go about our business because we’ve got other things to be worrying about.”
A Pichardo-Espinosa motion to adopt the Texas pledge at every Regular meeting passed 4-1 with support from Lawler and District 1 Councilman Rufino “Flipper” Vega. Randall voted against the motion.
No discussion was held on the benefit of saying the U.S. pledge during meetings, or how its recitation unified Devine residents, uplifted them or the city as a whole, or contributed to the repair of potholes.
By Marly Davis
Staff Writer