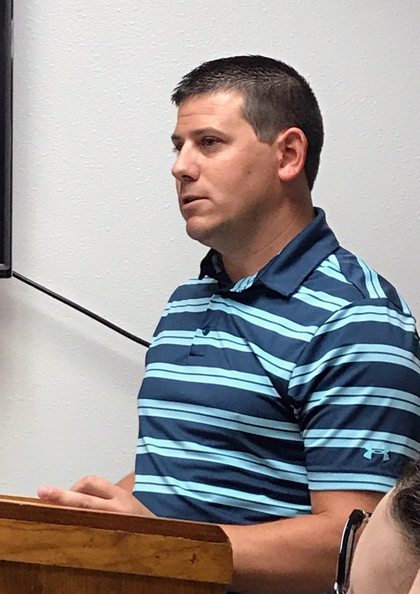 Scott Grego, above, and wife Shirl will take over daily operation of the Devine Municipal Golf Course via their company, SG Golf Management.

Mayor Cory Thompson cast the tiebreaking vote to turn day-to-day operations of the Municipal Golf Course over to Scott and Shirl Grego of SG Golf Management during a Special meeting of the Devine City Council last Thursday, November 21.
Council members David Espinosa, Steve Lopez, Jennifer Schott, and Debra Randall were split on whether to approve the 60-month agreement, which will go into effect on December 15 and calls for the City to pay SG Golf Management $32,536 per month for the first six months for a total of $195,216, or until a turnkey renovation of the clubhouse into a bar and restaurant is complete, whichever event occurs later. 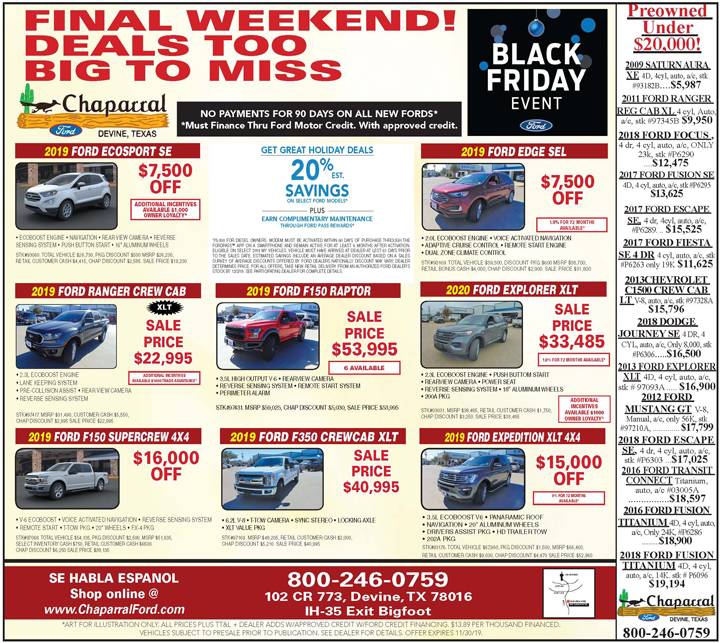 The City is paying for that renovation, which has been in flux since Council requested a new design from architect Lyndsay Thorn during a July 29 Special meeting. Prior to that, the estimated renovation budget was $330,902, with a Council-imposed cap of $350,000, though Council discussed keeping the cost lower by eliminating the proposed COR-TEN steel exterior, as well as landscaping and pricy interior fixtures.
The City budgeted $548,725 for the golf course for the 2019-2020 fiscal year.
SG Golf Management must provide a business plan to the City for approval as long as the City provides funding, rather than on a yearly basis.
“The reason for that is if in two years or three years we go to do a major project, whether it be a greens renovation, cart path improvement, and we’re paying for it personally, I don’t think that I need to bring that up to the City to have City approval to make the golf course better,” Scott Grego said.
Interim City Administrator Dora Rodriguez said that for auditing purposes, the City auditors were only interested in the money the City had spent on the golf course after taking over from the Devine Golf Association.
“So the [$32,536] that they’d be giving him I think that’s what the auditors want to see,” Rodriguez said.
Additionally, the City is responsible for supplying and maintaining directional signage to the course around town, and ensuring that the clubhouse and restrooms are ADA-compliant.
Other aspects of the daily operation of the course, from supervising play to maintaining the course to providing carts, golfing supplies, and food and drink, among other things, is under the purview of SG Golf Management.
The City Administrator will also have the right to inspect the course and facilities after giving two hours of notice during business hours.
If the City receives complaints about the condition of the course or facilities, the City can hire an independent third party with specialized knowledge of the golfing industry to do an assessment. If the third party determines the course and facilities are not being maintained at minimum standards for the golfing industry, the City can send SG Golf Management a cure letter demanding any issue be addressed in a timely manner. Failure to do so is grounds for termination of the agreement.
District 2 Councilman Steve Lopez and District 3 Councilman Espinosa voted against entering into the agreement with the Gregos, while District 4 Councilwoman Schott and District 5 Councilwoman Randall voted for it.
District 1 Councilman David Valdez was absent.
Prior to calling for a vote, Thompson opened the floor up to anyone in attendance who wished to address Council on the matter. 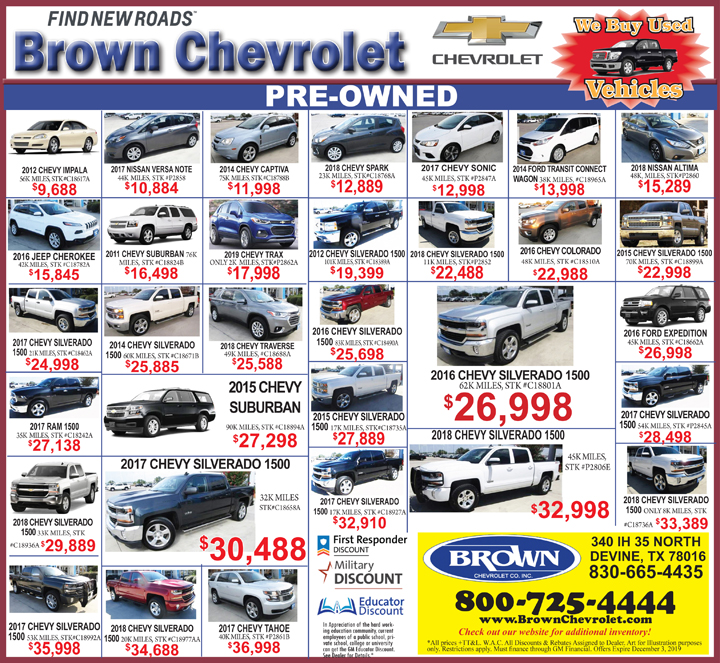 Angela Pichardo questioned the legality of the process the City had gone through in coming to terms with SG Golf Management, as well as the $32,536 monthly payments.
“We are still using City funding, and that means every single taxpayer in Devine is still paying for a failure that happened,” Pichardo said, adding that she planned to present a public records request to the City and SG Golf Management.
Billy Cole questioned whether the City had done a background check on Scott Grego, as well as a check on his finances and those of his investors, and City Attorney Tom Cate confirmed those things had been done.
In voting against the agreement, Espinosa referenced an incident from a previous meeting, when Pichardo interrupted Council proceedings to question Grego herself.
“It took me by surprise that your response to the citizen was in an angry manner, and that was really a strike for you on my part,” Espinosa said. “I felt like you lost your composure.”
Lopez expressed similar concerns when explaining his vote.
“You couldn’t conduct yourself as a professional when you came up there. You were in tears,” Lopez said. “In a professional life, you can’t be doing that in front of people.”
Randall disagreed with Lopez’s take.
“I think Scott has shown his passion for this project,” Randall said. “And the fact that he broke down was, I think, a pivotal time for him in terms of seeing something he has dreamed of could be a reality and it just took him over.”
Randall agreed that Scott Grego had lost his temper during the meeting Espinosa referenced, but pointed out that she had as well. She also said she thought Grego had the knowledge to turn the course around.
“I also am looking at the budget, and we all know that this golf course is draining us,” Randall said. “It’s almost $600,000 a year right now. If we’re going to assist him with $195,000 and change, it’s less than $600,000. And that $600,000 does not include the clubhouse that we started to redo. That’s not even in the budget. So whatever we spend on the clubhouse, be it $250,000 or $275,000, whatever it is, and the $195,000 to Scott to help assist the first six months, is still less than the budget this year.”
Schott said she didn’t think the City should have invested the money in the golf course that it has
“Keeping the golf course on the City budget is not an option for me,” Schott said. “And I do believe in Scott. I think that he has the better shot of anybody to make this happen.”
Schott added that City Attorney Tom Cate had done his due diligence with the contract.
“I just feel like we don’t have anything to lose because nobody else is going to come knock on our door,” Schott said. “So next year, we’re going to be sitting here again in October, signing another budget for $600,000 again.”
Thompson said there was probably no management agreement that could be brought to the City that he would be completely okay with, as it tie’s the City’s hands.
“But what I do know is that we have to move Devine forwards, and it takes money to do that,” Thompson said. “Money we currently don’t have…I know it’s been a huge stress on City personnel as well, and on their emotional well-being to have to deal with the golf course, so I’m going to go ahead and vote yes.”
By Marly Davis
Staff Writer