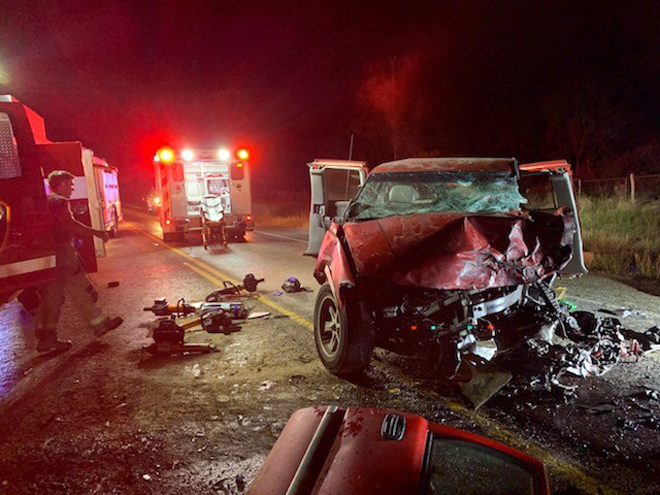 A man lost his life this past Saturday, October 19, around 5:39 am when his vehicle veered into the northbound lane where he was struck head-on by a large tractor-trailer on Hwy 173. It happened about 10 miles south of Hondo near Hondo Creek.

A report from DPS states, “A 2000 GMC Sierra, driven by Jose Cruz Castanon, 51, of Kerrville was traveling southbound on TX 173. A 2009 Kenworth truck tractor semi-trailer, driven by Jose De Jesus Galindo Perez, 54, of Calliham was traveling northbound on TX-173. For reasons not yet known, Mr. Castanon’s vehicle veered into the northbound lane and struck the truck tractor head-on. Mr. Castanon was pronounced dead at the scene. Mr. Galindo Perez was uninjured.”
“The investigation is ongoing and all the contributing factors are still unknown. The Texas Department of Public Safety would like to remind all drivers to abide by traffic laws, minimize distractions and don’t drive fatigued. The crash report can be obtained at Texas.gov once the investigation is completed.”