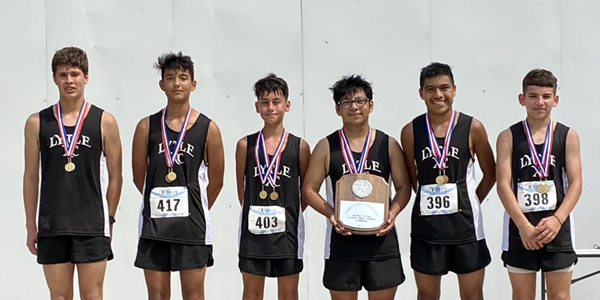 Head Lytle Cross Country Coach Gilbert Ruiz has a lot to look forward to over the next several years as not only did his varsity teams win the 27-3A district championship, but his JV girls and JV boys team did as well.
JV Pirates
“The JV Boys captured the District Title for the 6th straight year and all six members finished in the top 10,” Ruiz stated. “They had a very successful year as they won half of their meets plus the District meet. This group learned a lot this year and we hope that they continue to work hard and keep improving.”
The six JV Pirates took all but one of the top seven spots, which is quite a feat in itself. Yandel Esquivez was the overall champion, while teammate Daniel Mercado placed second.
Tristan Lopez was fourth and Donovan Cortez placed fifth. Aiden Zimmerlie was seventh.
Top 10
1st Yandel Esquivez-Lytle 19:57, 2nd Daniel Mercado-Lytle 20:53, 3rd Tristan Lopez-Lytle 20:54, 4th Donovan Cortez-Lytle 21:31, 5th Faustino Ruiz-Lytle 21:39, 6th Nathan Antuna-Poth 23:11, 7th Aiden Zimmerlie-Lytle 23:39, 8th Wes Theuret-Poth 23:52, 9th Devn McDole-Natalia 23:58, 10th Antonio Dehoyos-Poth 25:06. 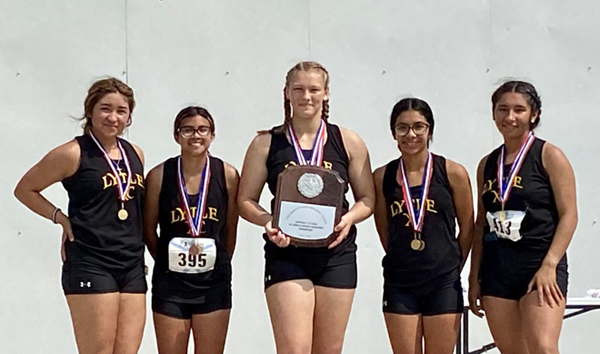 JV Lady Pirates
“The JV Girls won District for the very first time since I have been here,” Ruiz said. “It is only the third time we have fielded a JV girls team. They worked hard all summer and it was good to see them rewarded for their efforts this year.”
Four of the five JV Lady Pirates placed in the top six overall, with the other spot being claimed at fourteenth. This type of success should have Lady Pirate XC on the map for years to come.
Nivea Sanchez was runner-up individually. Her second place finish was just ahead of teammate Fatima Montes who was third and Rose Scotello who placed fourth.
Lia Corral was also top ten with her sixth place finish, while Alize Sanchez came in at fourteen.
Top 7
1st Jasmine Jones-Poth 14:48, 2nd Nivea Sanchez-Lytle 14:59, 3rd Fatima Montes-Lytle 15:51, 4th Rose Scotello-Lytle 16:10, 5th Gabi Rodriguez-Poth 16:24, 6th Lia Corral-Lytle 16:29, 7th Emily McClure-Poth 16:32, & 14th Alize Sanchez-Lytle 19:32.
By Jerel Beaty
Staff Writer