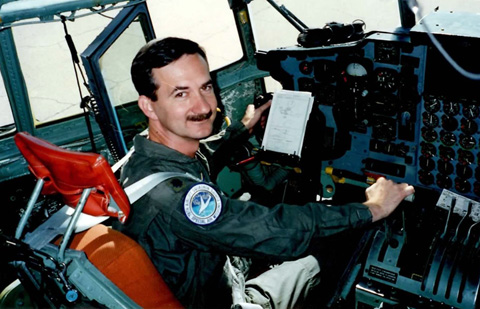 This year marks the 20th anniversary of the terrorist attacks on the World Trade Center Towers and the US Pentagon. We can all remember where we were as we watched the events unfold on television that day. I was in the 8th grade. I remember sitting in Mrs. Schneider’s classroom, when DMS teachers were instructed to turn on the television news, in every classroom. But few will remember it like the heroes who were there on the frontlines of these tragedies on American soil. Local doctor and Retired Air Force Colonel Dr. Richard Neel actually led a team outside the Pentagon on September 11, 2001, shortly after terrorists crashed into the building.
“President Bush had flown into the Andrews Air Force Base, and I just happened to be there on an anti-terrorism team that morning. It’s about 3 miles from the Pentagon. I remember we had just finished our briefing and when we walked out we saw the news on television that a plane had hit the World Trade Center.”
“We knew it was no accident,” Neel said with a pause. “When we walked outside, looking over the hill, we could see thick smoke coming from the Pentagon. I went running over to the Emergency Room at Andrews Air Force Base and Hospital, because I figured they needed the help. But when I walked in I saw a team of 70 medical personnel ready to go to the Pentagon. The Deputy Commander there just looked at me, and said ‘I am glad you are here.’”
He just happened to be someone I had worked with before in the Air Force in Europe, so he knew my training and capabilities. He said ‘I need somebody to lead this team over to the Pentagon.’ So there I was…I ended up leading a team of about 70 medical personnel for critical care directly in front of the Pentagon. We had set up a field triage center to stabilize people before we transported them to the hospital, triaging and treating at the scene as we call it.
“I was there all day and night and until noon the next day. I remember being out on the roadway, which we had mostly shut down and sitting on the barrier of the median, to rest for a minute. One of the things that sticks out in my memory is the long line of ambulances lined up to transport patients—there were ambulances as far as I could see.”

“I also remember hearing people talking and worrying about another plane coming, and heard rumors of the towers collapsing, we were so busy, none of us knew what to believe. After my 30 hours treating patients outside the Pentagon, I slept the whole next day of course. It’s so strange because I didn’t see the second plane hit the towers, or the twin towers collapsing, and we heard they had collapsed, but we couldn’t believe it. So while I was out in the field at the Pentagon, I sort of missed all of that, and I didn’t even really realize what all had happened until days later when I got a chance to watch the news.”
“There were so many flare ups of the fire in the hours that followed the attack. The fire department was busy all day and night and many of them were injured too. After the initial surge, part of my team actually went into the building with the firefighters to assist with the search for survivors and help bring out casualties, while also trying to stabilize the building with supports. Sadly, I remember there were large groups of people who were just overcome with smoke inhalation before they could get out—lost in the many hallways of that building, or maybe because they couldn’t see—the smoke was so thick. It was just so sad.”
“We just kept thinking we would find more survivors. That was one of the most difficult things—wondering when are they going to find somebody else—and are there survivors still inside? Because we had no idea how many people were on that plane. There were a lot of emotions. I was so angry that anyone could do that, to a whole plane full of innocent people.”
One thing he remembers vividly is the teams of Red Cross and others who came to their aide.
“The Red Cross and so many others showed up and set up a kitchen and they were out there handing us sack lunches and such. It was amazing.”
“I do remember seeing that hole in the Pentagon, long before it collapsed, and being so angry. I am still angry. I remember seeing a piece of metal that was from the American Airlines plane. It had a big ‘C’ on it, from the word American. It was just sitting there up against the building.”
“Then I remember the FBI was also out there, sifting through it all, and when they found out I was a pilot, they started bringing me pieces of metal to identify it. The plane took out so many light poles before it hit the Pentagon that there was a lot of metal scattered around, that it was hard for them to distinguish what was a piece of the airplane and what was just part of the light poles.”
“Another thing I remember is a helicopter coming down with a large case of medicine after another doctor at the scene requested a vile of medicine to ventilate a patient in the field hospital. Communication was difficult, because hardly any of our cell phones worked. Thankfully, mine was still working, so I was able to call my mom and my wife to tell them I was okay. Meanwhile, I can remember other people talking and concerned because there was just so much smoke, they were worried it was coming from multiple other explosions in the area, along with the ‘rumors’ that another plane was headed our way and we didn’t know it had already hit the second tower. It was hard to tell where all the smoke was coming from, and we were just so busy taking care of the task at hand.”
Neel said witnessing this moment in history was “surreal” to say the least. “It was just so sad and difficult not knowing how many survivors might still be in that building. I was angry. I am still so angry that anyone could do that, to a whole plane full of innocent people.”
Special thanks to all the brave men and women who serve or have served in the Armed Forces, Police, Fire and Rescue teams, to help others in times of crisis.
By Kayleen Holder
Editor