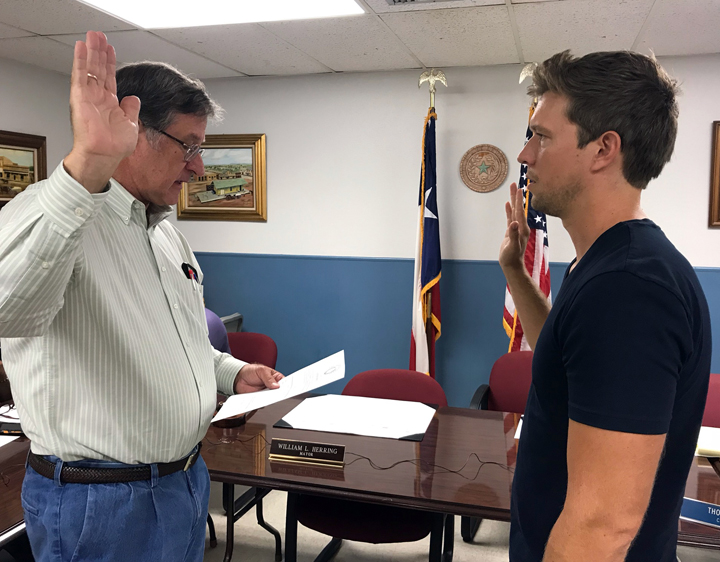 District 5 Councilman Cory Thompson was appointed mayor during an emergency meeting of the Devine City Council held on Friday, July 19, following Bill Herring’s sudden resignation from the position.
In a letter dated July 18, Herring informed Interim City Administrator Dora Rodriguez of his intent to resign effective August 1.
City Attorney Tom Cate informed Council that according to State law, Herring’s resignation would be effective immediately once Council chose to accept it, or eight days after its submission.
After unanimously voting to accept Herring’s resignation effective immediately, Council then voted 5-0 to appoint someone to fill the vacant seat until the next General Election, rather than hold a Special Election for the spot.
After District 2 Councilman and Mayor Pro-Tem Steve Lopez said he was not interested in taking over as mayor, District 3 Councilman David Espinosa nominated Thompson. Lopez provided the second, and the motion carried with the support of District 1 Councilman David Valdez and District 4 Councilwoman Jennifer Schott.
Council will appoint a resident of District 5 to fill Thompson’s seat on the Council at a later date.
See the July 24 edition of The Devine News for more information.
By Marly Davis
Staff Writer