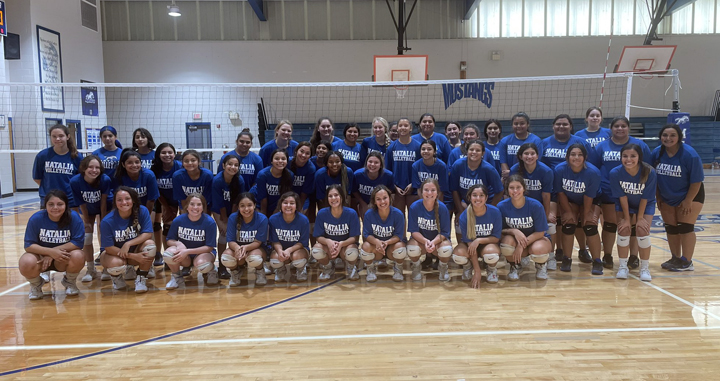 The Lady Mustangs have started 2-a-days this week and are looking forward to another great season. They finished 2nd in District last season at 11-4 and fell at the Bi-District level. With tournaments back this season, the Lady Mustangs will host their first tournament August 12-14th and then compete in the Arabian Round Up August 19-21st. District starts early against Jourdanton on August 24th and runs until October 26th. August 27th is Parent’s Night and October 19th is Senior Night.
The Jr High Lady Mustangs will have their first game at home against Lytle on August 26th.
The Lady Mustangs are coached by Tara Cortinas who is now the head coach for the Lady Mustangs and is ready to fill the big shoes of her predecessor.
By Dicy Chambers
Sports Writer