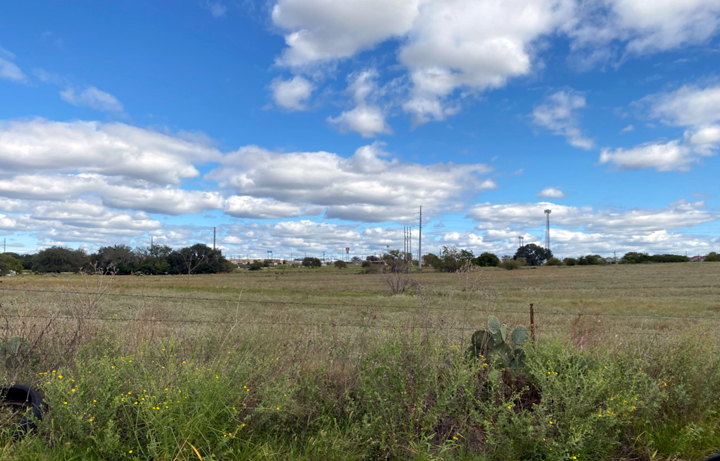 A potential $325,000 real estate purchase is the largest stumbling block in the Devine City Council’s quest for a balanced budget in the upcoming 2020-2021 fiscal year.
Council reviewed the proposed budget, which featured a $222,154 deficit in the General Fund, during the meeting held last Tuesday, September 15.
They were set to review an updated version of the proposed budget, as well as the proposed tax rate of $0.5298 and the approval of a $450,000 tax note to pay for renovation of the Devine Golf Course clubhouse, in a Special meeting on press day, Sept. 21.
A $1.5 million Certificate of Obligation to begin repairing City streets has also been discussed, though it was not on the Sept. 21 agenda.
While the Water and Sewer fund in the proposed budget reviewed on Sept. 15 projected a $330,946 surplus based off expected revenues of $2,633,453 versus $2,302,507 in expenditures, the General Fund showed a slimmer surplus of just $149,266 based off projected revenues of $3,809,266 against $3,660,000 in expenditures.
Interim City Administrator Dora Rodriguez said she’d had several meetings with department heads, all of whom cut their budget requests.
“Everyone trimmed, so that’s why we were able to have a surplus,” Rodriguez said. “But then we have the capital outlay that puts us right back in the deficit.”
The capital outlays in the proposed budget included $325,000 for the purchase of 28 acres on Hwy. 173, as well as $46,420 for two police vehicles and four cameras.
Rodriguez said the City is only responsible for 25 percent of the vehicles’ price, as the remaining 75 percent will be paid for through a grant.

The $325k property purchase is part of a plan to develop the 43.58 acres the City owns along IH-35 frontage road behind Triple C and the Country Corner Inn. The plan, which Council approved in November 13, 2019 meeting, calls for the City to purchase additional property in the area in order to construct a road to connect Hwy. 173, County Road 3176, and the IH-35 access road, as well as extend water and sewer lines into the acreage and construct a lift station to pump sewage in order to entice private developers to bring larger businesses to Devine (see article “City to apply for grants to construct new road, open IH-35 frontage property for development”).
At that time, City Engineer Raul Garcia estimated that construction of the road, lift station, and the extension of the water and sewer lines would cost $3.5 million, which did not include the purchase of additional property. Council voted in the Nov. 2019 meeting to apply for federal grants to help offset the City’s costs.
Rodriguez requested guidance from Council on where to go with the 2020-2021 budget.
“I just need direction from y’all, because I’ve already had the departments cut as much as they could cut from each budget to get us at that [$149,266] surplus that we have there,” Rodriguez said. “So I just need direction from y’all where else do y’all want us to cut.”
“So you’re asking direction [from] Council where we need to cut $222,154?” Thompson asked.
“I was going to add to it,” said District 5 Councilwoman Debra Randall, who expressed a desire for an increase in the parks and recreation budget.
“Well if we add to it, then y’all need to tell us where else we need to cut more,” Rodriguez replied.
Thompson noted that even with the $222,154 deficit, the proposed budget was primarily for City services.
“This still doesn’t get any of the rest of the stuff,” Thompson said. “This isn’t giving playground equipment, this isn’t giving park stuff, this isn’t giving road stuff. This isn’t giving any of the extra [stuff] that people actually see.”
Both the fiscal year 2020-2021 budget and tax rate must be approved by Council no later than Sept. 30, and will go into effect on October 1.
By Marly Davis
Staff Writer