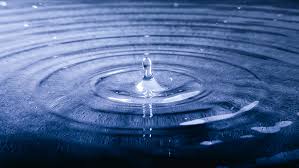 Grant writer Judy Langford announced at the Devine City Council meeting last Tuesday, October 15 that work on replacing asbestos cement water pipes inside the City would likely begin in January or February of 2020.
The Texas Water Development Board (TWDB) approved the City for over $9 million in financing in March 2018 in order to fund the water pipe replacement, which consists of three phases. The first phase is replacing the City’s asbestos cement water pipes with PVC pipes, and the second phase is to complete the secondary lines that connect to the two Edwards Aquifer wells located on FM 1343.

Any additional funds that remain after the completion of the first two phases will be used to begin replacing the City’s cast iron water pipes.
Langford said that the TWDB had approved City Engineer Raul Garcia’s bid plans, specs, and environmental study and the end of the previous week.
“So we actually can move forward with the bids for the first phase, for the asbestos lines,” Langford said.
Mayor Cory Thompson asked if there was an estimated time frame for the first phase.
“I’m hoping we can go ahead and get the bids in the paper in the next week or two,” Langford said. “So that puts us into November with a bid opening, probably in January, February starting the construction.”
Langford said phase one was a large project, and that it would be a fairly lengthy time before it was completed.
“I want to say it was like nine months or so because there’s a lot of lines in the City, and there’s a lot of things in the way,” Langford said. “And sometimes you get surprises that come along when you start digging up old water lines.”
Once easements and rights of entry are signed, the Texas Historical Commission plans to do an archaeological survey in the area where the City is running a secondary water line from the Edwards wells into town.
“The survey itself, each spot is not a large spot, but they want a lot of spots along the highway and behind the fence line, so it’ll take a little while to do that,” Langford said. “We don’t anticipate them finding anything because it’s not next to a waterway or anything like that. But they say we’ve got to do it, we’ve got to do it.”
Langford said she hoped to go out for bids for phase two in the spring, and then bid out phase three in the summer or fall of 2020.
“Raul already has a design that he will pare it down to, or up, depending on how much money is left to go forward with,” Langford said. “And then we’ll do the cast iron lines.”
By Marly Davis
Staff Writer