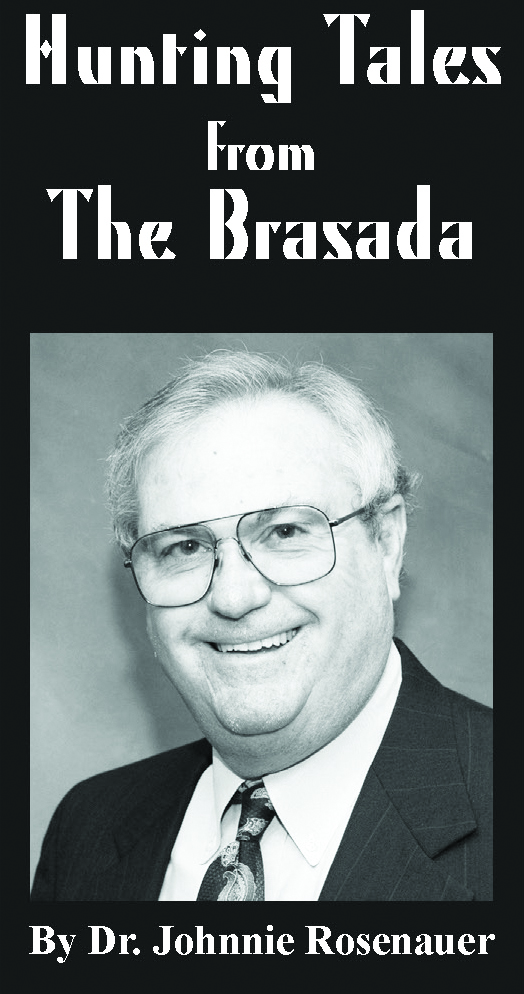 I recently wrote a Tale about a Cattle Trading trip with my Grand Dad Rosenauer when I was a young boy. Because some days you can say Good Morning to me at Sunrise and I am stuck for an answer till Noon, it caught me by surprise when this Tale came to mind while right in the middle of writing the first one.
So, I figured I better put it to paper right quick before it “melted away” into that dark empty crevice called My Brain, to be lost forever. I mentioned how my Grand Dad would “meander around” a while before coming up with an amount to buy or sell something.
My Dad was the exact opposite most of the time. He had enough of the livestock business growing up in La Brasada, and never owned a cow or horse in his life as an adult. But besides his family and hunting, he sure did love to “mess with guns”.
My Dad would tinker and work with a gun and reload for it, until it shot as good as the rifle possibly could. Then he would lose interest in it and go to the next one. My Momma said it was a good thing he did not have the same attitude about his Wife and Kids!
As an adult I came to realize Dad had about 6 or 8 “gun nuts buddies” (his words not mine) who shared this passion. I don’t think they ever made much money on their many trades, but they sure did “swap” a lot of guns around.
Please keep in mind that was a VERY different point in time and all those men know each other very well. I guess a few “outside sales” did occur every once in a while. But mostly they simply traded among themselves.
I distinctly remember one time Dad had a sweet rifle that fit me, and I shot it really well. I told him not to sell it, and about the 3rd or 4th time it came back into his gun cabinet I asked how much he wanted for that gun. He told me and I wrote him a check for it on the spot. I clearly and somewhat strongly said it was now mine. But he could keep and use it. Just don’t ever sell it again. I believe he shot that gun for 11 more years before sending it “Home” with me. And I used it till the barrel wore slap dab out!
My Dad’s negotiating techniques were somewhat limited in style and format. His words were almost the same:
“I dont’ have to seel this gun and don’t owe no money on it. My family is gonna eat whether it sells or not. So, pay me $XXX or let’s forget about trading and talk about something else.”
As a reasonably successful marketing teacher, speaker, writer, and sales practitioner, I was always trying to point out other strategies or options to them. Grand Dad would “wander around in the desert” with his approach and Dad was a “take it or leave it” kind of a guy.
Far be it from me to question the integrity or character of these two significant role models for me and others. But is sure does seem like having a few more “sales tools in your selling portfolio” was a good thing. But then what does an old backwoods south Texas Aggie Doc know about much anyway? After all I am still trying to come up with a prompt response to Good Morning!