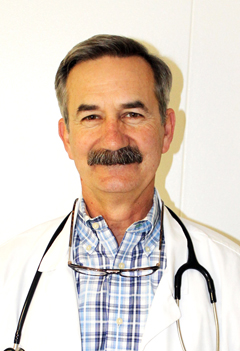 While it is most widely known as a “sleep-aide,” many scientists and doctors will tell you melatonin can do much more than help you sleep. While limited clinical trials have been done in humans, the web is full of scientific and research papers discussing melatonin’s potential to combat many bacterial and viral infections. In the midst of the pandemic, one South Texas doctor has had remarkable success using melatonin to treat COVID-19 patients.

Melatonin is a natural chemical that is already in your body and contributes to your immune system. As we grow older, the level of melatonin that we have in our bodies diminishes.

Having studied the anti-toxin and anti-oxidant effects of melatonin for many years, Dr. Richard Neel began treating COVID-19 patients with high doses of this amazing compound. Neel is the co-owner of two urgent care clinics in Medina and Uvalde Counties.

After putting the idea out there on March 20 in an interview with The Devine News, he soon began receiving calls from COVID patients and doctors from all over the country and all over the world.

On April 7th, he announced that he had begun treating two COVID patients.  He has now treated over 20 COVID patients, and has seen nothing but great results as patients make fast recoveries from the virus.

“Just this Friday I got calls from COVID patients in New York, Chicago and Boston, who took the melatonin and are all doing well, and some of them were really, really sick,” Dr. Neel said. “I have now seen COVID patients with significant co-morbidities such as heart disease and diabetes, who also made great recoveries with melatonin, so that was really encouraging to see as well.”

“I recently treated another local COVID patient in his late 50’s that had developed a severe cough, body aches and fever,” Dr. Neel adds. “I spoke to him just yesterday and he is now doing well on the melatonin too, with only a slight cough remaining.”

COVID-19 has led to a vicious attack on the organs of many patients, including the lungs, heart, kidney and brain.

And, put simply, Dr. Neel explains, “Melatonin is very protective of your organs.”

With so many COVID patients suffering from such a wide range of symptoms–from mild to severe– and such a huge slew of complications that seem to vary so much, many may wonder about whether they have had a previous COVID infection.

The CDC recently issued an advisory on severely ill children (many previously thought to have Kawasaki Disease), whose illnesses are just now being tied to a previous COVID infection.

Dr. Neel notes that a simple antibody test will tell you if you’ve ever been infected with COVID-19. They are in-expensive, running around $50.

“The anti-body test is just a finger prick, and it will tell us if you’ve ever had COVID-19,” Dr. Neel states.

It could be important to know if you’ve ever been infected with COVID-19, as doctors, scientists and researchers are all unsure of how the infection will affect patients long-term. For example, COVID patients developing lung fibrosis later on is a huge concern.

Melatonin could have a wide application

Dr. Neel states that melatonin’s anti-toxin and anti-oxidant properties make it a good candidate for fighting a variety of infections, both bacterial and viral.

In the past he has highlighted studies of infants with sepsis, in which melatonin had great effect on survival.

He believes it would be an effective weapon in battling severe pneumonia as well.

“I personally have seen melatonin help someone recover from severe, life-threatening MRSA Pneumonia. This person was on a ventilator in very critical condition,” Neel said. “MRSA Pneumonia is highly lethal. He was dying. The family began giving him a high dose of melatonin divided among 4 doses a day by mouth, and he made a great recovery within a couple days.”

““I think this could help a lot of people, and it has a great safety profile. Another great thing about melatonin, that it can easily be taken by mouth in tablets that dissolve under your tongue. So even people on a ventilator, who are intubated, can take melatonin.”

Neel notes other illnesses in which melatonin has helped, including the anthrax attacks of 2001, when the now retired Air Force Colonel Dr. Neel was still working with a team of chemical and biological weapons experts in the US Pentagon.

“With pulmonary anthrax, by the time patients started showing symptoms it was often too late. But when given melatonin, it suppressed the toxins so much that the antibiotics could fight the infection,” Dr. Neel said.

Thoughts from another doctor and a Bio Med scientist.

Bio Med scientist Alexander Shneider, Ph.D., who has over 25 years experience working with antiviral vaccines, anti-cancer biological, and lately with biologicals against diseases of chronic inflammation expanded on that in our interview last week.

“I am greatly concerned that even those people, who recover pretty painlessly from this virus today, may develop post-infection complications such as lung fibrosis later on.  I believe we should use melatonin to reduce this risk,” Shneider said.

“As a Ph.D. student I was taught that a virus actively kills our cells during the course of the infection…..But now I know a virus is more like a provoking bully, a bully who continues to provoke cells in our lungs and our respiratory tract to commit suicide……We analyzed the molecular mechanism, how the virus does it, and matched it with scientific databases. Then, came to conclusion that melatonin can block the process that promotes suicide in lung cells,” Shneider said.

While many doctors, researchers, and people from all across the country and across the world have contacted Dr. Neel for advice and to hear about his data.

Recently, a doctor in a small Florida clinic contacted Neel to let him know her two COVID patients also did very well on melatonin.

“It certainly warrants more study,” Dr. Black said. “Melatonin is part of your body’s own defense system. It’s a natural chemical that is already in your body and contributes to your immune system. As we age, the level of melatonin that we have in our bodies diminishes and perhaps that could be a connection as to why the older population has been hit the hardest by this virus.”

“I do believe it needs to be researched more. However in the middle of a pandemic, we don’t always have time for studies. Sometimes we have to use our clinical experience to treat patients, and that is where the art of medicine comes in. That’s how science advances, and that’s what Dr. Neel is doing,” stated Dr. Black.

“Melatonin is an over-the-counter drug so physicians can use it as they see appropriate. There have been plenty of times in history when doctors weren’t able to wait on these double blind scientific studies using the scientific process,” Dr. Black stated. “That being said, especially now that the spread of the virus has slowed down, I do believe it needs to be researched more using the scientific process.  Melatonin may have a much wider application to other viruses than we ever thought.”

“Dr. Neel is well-respected in our community, and I have seen his patients taking melatonin do well,” Mechler stated.

Dr. Neel is now the co-owner of The Little Alsace Urgent Care Clinic in Castroville and Uvalde, TX.

He was recently appointed as the City of Devine Public Health Authority.

Dr. Neel served over 20 years as a Chief Flight Surgeon in the U.S. Air Force before his retirement as a Colonel. He lived in Europe serving in the USAFE (US Air force Europe) for 8 years. For 2 of those 8 years, he served as a personal physician for Ambassadors, General Officers and Senior State Department Personnel.

He was deployed for combat operations in the Middle East and Bosnia. He has over a thousand hours of flying time in jet fighters, bombers and helicopters. He flew more than 25 combat missions during deployments.

His many decorations include an Air Medal for assisting in the helicopter rescue of 32 people from a sinking tanker during a Hurricane that was more than 300 miles off the coast of Ireland. He led emergency response teams for NASA space shuttle emergency landing sites in Spain, Morocco and Gambia.

On September 11, 2001 he led an Air Force Emergency Team at the Pentagon. For many years he served on a team of subject matter expert in chemical and biological warfare for the US Pentagon.

He also holds a Master’s in Public Health from Harvard.