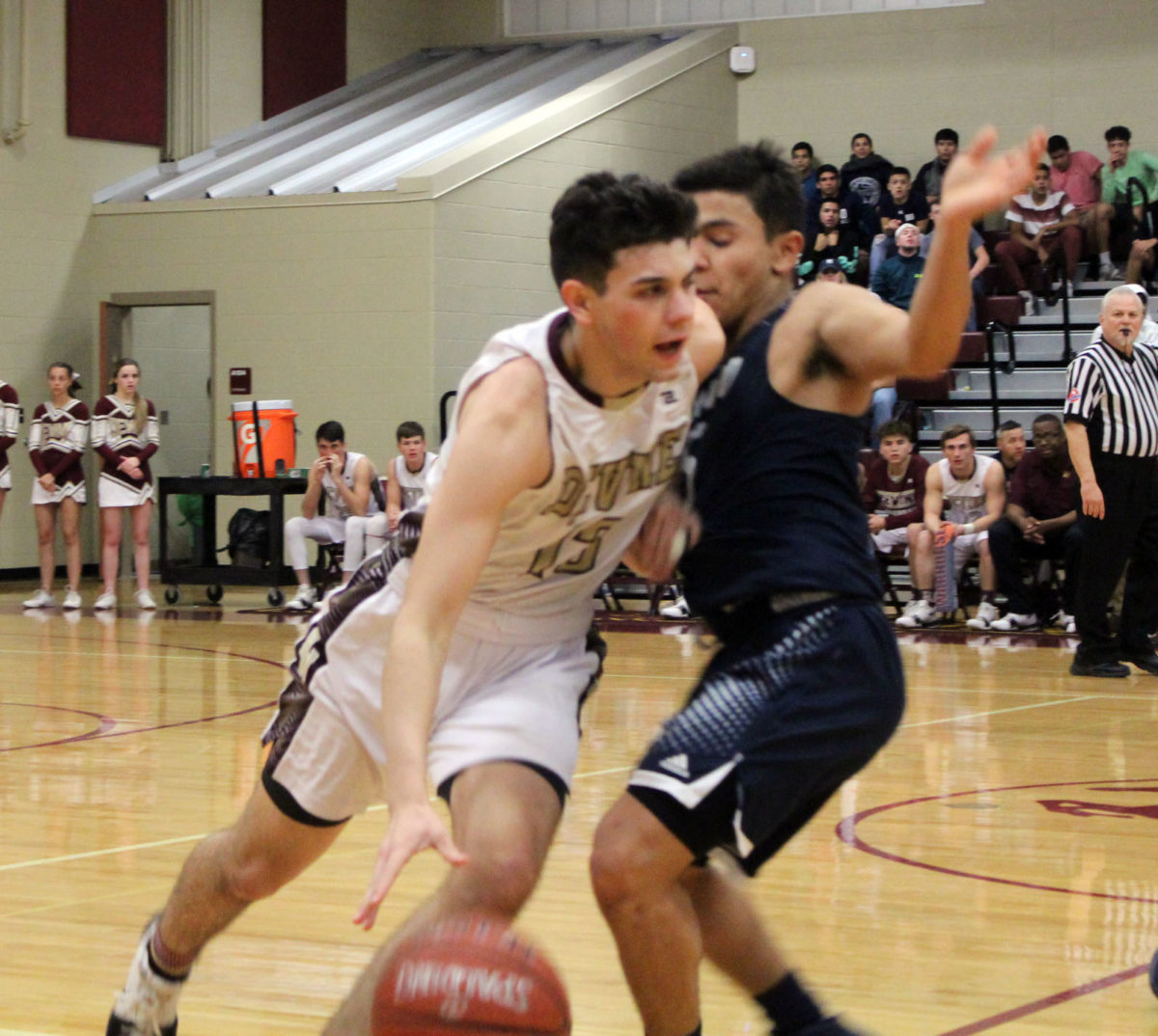 With two more wins against Hondo and Lytle, the Warhorses are now 24-7 overall and 6-1 in district. Against Hondo last Tuesday, the Warhorses won 65-64 after a close game. Up 19-12 at the end of the first, the Warhorses kept pushing hard leading 39-32 at the end of the second and 52-46 at the end of the third. In the final quarter the Owls picked up the intensity and made the Warhorses work harder for the win.
Cash Walker had an amazing night with 21 points. Justin Contreras 15 points, Leonard Pompa had 14, Daniel Ramirez 8, Dalton Kramer 3, and Jacob Oyola 2 points. Helping beat Hondo was also Tristan Kramer, Noah Brogdon, and Kam Adams.
Scoring for Hondo was #2 Jacob Theis with 2 points, #3 Gage Crisp 8 points, #12 Cade Weynand 23 points, #20 Will Gardenhire 2 points, #22 Isaiah Quintanilla 17 points, #35 Phillip Trevino 5 points, #41 Shawn (last name unknown) and also playing for Hondo was #0 Coye Rosenbaum, #10 Juan Guzman, #13 Joe Carmona, #42 Devin Andreozzi, and #44 KawikaKailipaka.
In their second to last district game, the Warhorses beat Lytle 49-46. It was a close game all the way and each quarter ended with a split no bigger than 3 points but Devine lead at the end of each quarter. At the eend of the first the Warhorses lead 10-7, second 21-18, third 29-27 and at the end 49-46. The Warhorses fought hard to keep their lead and never gave up their aggressive style.
Helping with the win were three varsity players in double digits. Connor Schmidt had 14 points, Ramirez 12, Oyola 10, Pompa 8, and Contreras 6 points. Also contributing for the Warhorses’ win were D. Kramer, T. Kramer, Brogdon, Sid Martinez, Brady Cardenas, Adams, and Mason Burford.
The Warhorses played Carrizo Springs on Tuesday, Feb.13 for the title of District Championship.
By Dicy Chambers
Sports Writer