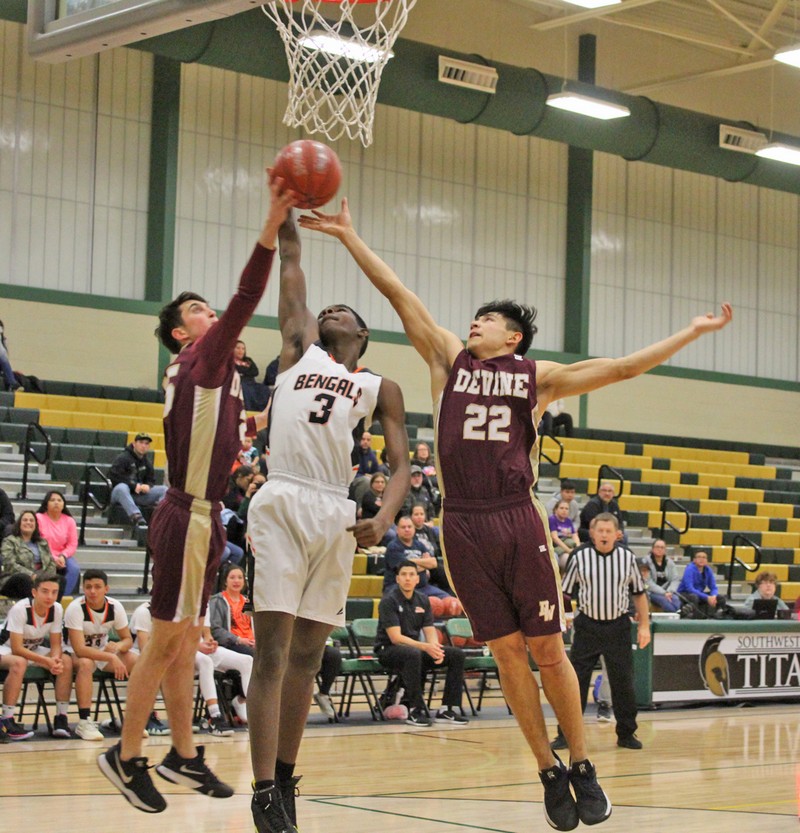 In their final game of the season, the Warhorse basketball team faced the King Brahmas in the Area play off game in Three Rivers.

Devine played hard but the Brahmas were a quick team that moved the ball well.
The Brahmas took off to a quick start in the first and ended the quarter 8-21. Devine worked hard in the second to out shot them 20-17 to close the gap a little. The half ended 38-27. King broke ahead even father in the third quarter adding 19 to the scoreboard and holding Devine to just 8. Trailing 35-57 at the end of the third, the Warhorses played hard in the fourth but could not come out of such a deep hole. The game ended 77-49. King moved on to play West Oso last night.
Cash Walker scored 16 points, Kam Adams 10, Brady Cardenas 8, Justin Contreras 6, Dalton Kramer 3, Leonard Pompa 3, and Mason Burford 3 points.
“This season was very successful culminating in a Bi-District Championship. The kids worked hard all year and it was an extremely fun team to coach. Look for bigger and greater things from them next season,” said Coach Paul Wells.
By Dicy Chambers
Sports Writer