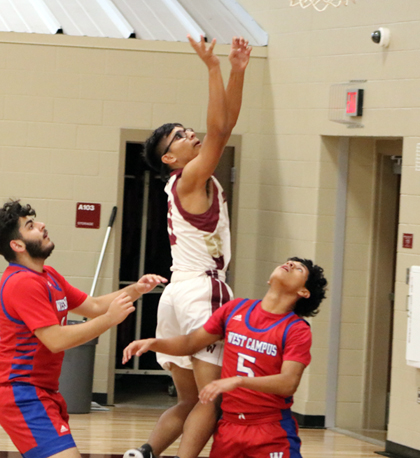 With a record of 4-11 and district just around the corner, the Varsity Warhorses have three more opponents before they face Somerset on Friday January 14th in Somerset at 5:00pm.
First they will face Uvalde at home on January 4th, play in Carrizo Springs on January 7th, and then in Crystal City on January 7th.
District play will be tough this year with Somerset, Brooks Academy, Young Men’s Leadership Academy, and Fox Tech in Devine’s district.
“We have an extremely talented group of teams in our district. It will be a battle every night,” said Coach Evan Eads.
Somerset is currently 16-4 with most of their wins being 20+ points over their opponent. YMLA is 13-9 and will open district against Fox Tech (9-12) on January 15th. Brooks has the least games reported to MaxPrep with only 10 games. They are 6-4.
The Warhorses will have to work hard to make the playoffs and be in a good playoff seat.
Fans say the Warhorses are coming together as a team and with the support of Devine, they will have a great playoff run.
By Dicy Chambers
Sports Writer