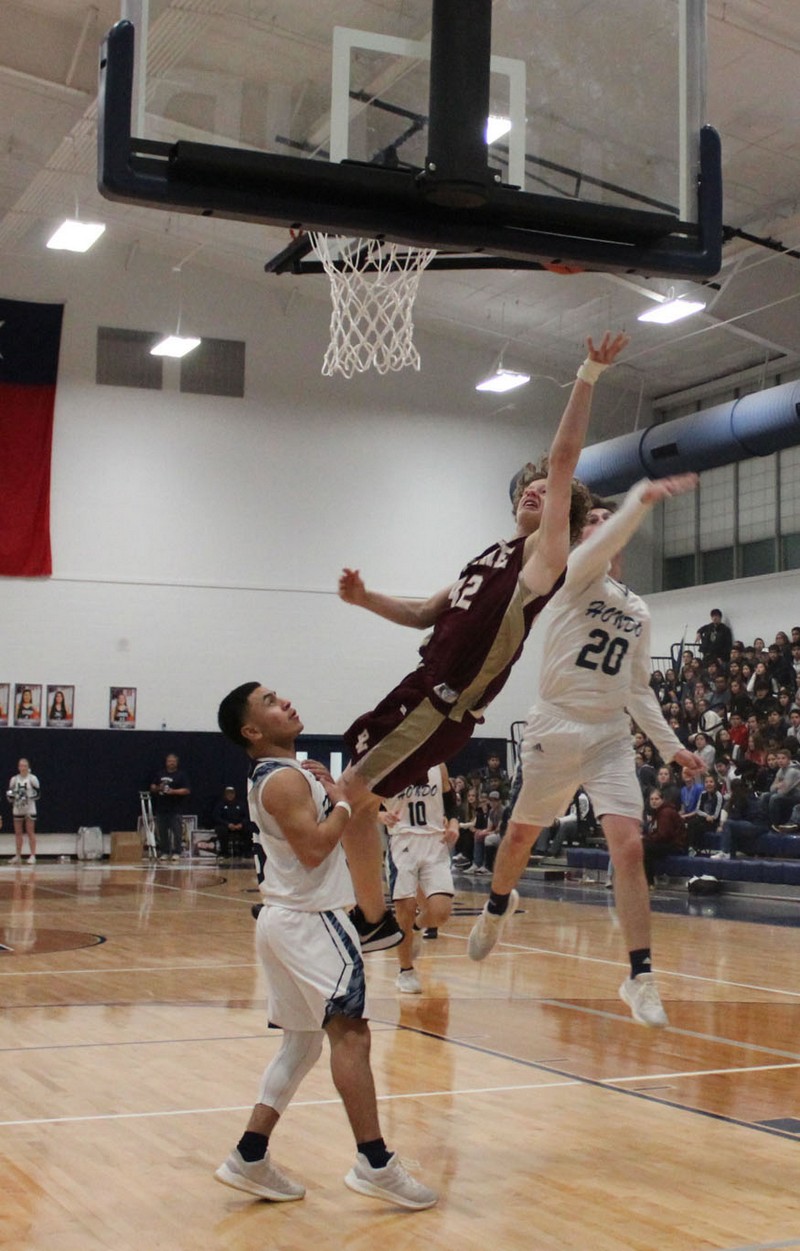 Update: the Warhorses beat Carrizo Springs 55-50 on Feb. 12 to lock up second place in District 29-4A. Devine’s Bi-District game will be either next Monday, Feb. 18, or Tuesday, Feb. 19. See the Feb. 20 edition of The Devine News for more information.

In their second meeting of the season, the Warhorses came out on top of the Hondo Owls in a 54-52 victory. Playing on Hondo’s court, the Warhorses faced a team that beat them in district a couple of weeks ago, but the Warhorses were out for revenge.
Coming out slow in the first quarter, Devine took the lead by the end of the half at 25-21. Hondo came out with more determination in the third quarter but Devine stopped their attempts at taking the lead. The last few moments of the game were the most exciting when the Warhorses were able to maintain the lead and win by just 2 points. Scores by quarter: Q1 14-15, Q2 25-21, Q3 39-31, Q4 54-52.
Cash Walker led the team with 29 points, Leonard Pompa made three 3 pointers, Dalton Kramer had 7, Justin Contreras 7 and Brady Cardenas 2.
“Great competitive win over a tough and well balanced Hondo squad. The kids gave a great effort and made the plays when needed,” stated Coach Paul Wells.
By Dicy Chambers
Sports Writer