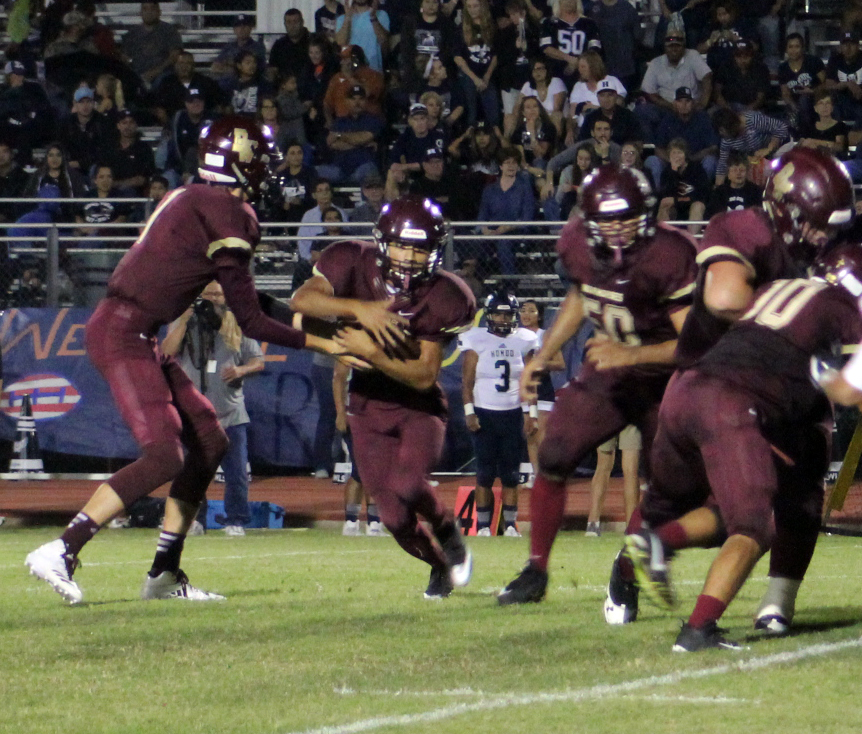 Devine and Lytle have many similarities going into this week’s matchup at Warhorse Stadium. Both teams enter their first district contest looking for not only their first win of the season but looking to start district with a 1-0 record. One win early in the district season could be a huge factor as the season winds down with four of the six district schools fighting to get into the state playoffs.
The Warhorses have big goals for the remaining five games of the season. For the first time in the high school’s 96-years of football history, Devine will have the opportunity to capture its fourth consecutive district championship. The opportunity will not be an easy one, however. Devine has faced a lot of adversity halfway through the season, battling injuries and suspensions on top of having a very formidable schedule.
“The pre-district schedule has always been set for us to play tough competition before going into the most meaningful part of the season,” stated Head Coach Paul Gomez. “We are slowly getting back several of our players who have been hurt either recently or since the beginning of the season. Our kids know what is at stake. They know each game is important for our chances of making the playoffs.”
Devine and Lytle share almost identical statistics entering Friday night’s battle. The Warhorses have scored a total of 58 points through five ballgames for an average of 11.6 points per game. Lytle has scored 63 through five games for an average of 12.6.
Defensively, Devine has surrendered an average of 35.8 points (179 total) while the Pirates have given up 33.4 (167 total). Something has to give as both teams prepare for a huge district showdown that will give one team a one game lead over the other with only four games remaining.
“We need to generate more first downs during drives to keep our defense off of the field so often,” continued Gomez. “We haven’t consistently finished drives the way that we would like or have had penalties or turnovers that have hurt our chances to put points on the scoreboard. With the week off, a chance to refocus on our overall goals, and a chance to put in some new wrinkles to both the offense and defense, I believe that we are ready for the challenges that we will face starting with Lytle Friday night.”
The remaining schedule after Friday night’s 7:30pm kickoff against Lytle at Warhorse Stadium is as follows: October 20 vs Carrizo Springs (Homecoming); October 27 at Poteet; November 3rd vs Pearsall; and November 10 at Crystal City.
By Jerel Beaty
Staff Writer