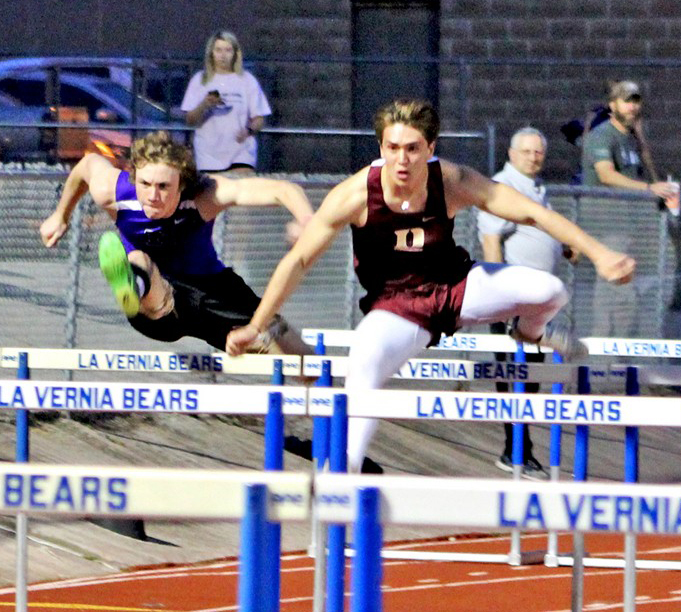 The Devine Warhorse track dominance was temporarily put on hold during Spring Break as a few of the student/athletes competed at the TSU Relays in Houston. With approximately 110 schools sending representatives in one or more events, the stiff competition gave the participating Warhorses a chance to gain valuable experience to carry with them the rest of this season.
“Unfortunately, we did not compete at the level in which we are accustomed,” stated Co-Head Coach Lon Cozby. “I do believe that this meet will help us as the season progresses. We shouldn’t be nervous to put out our best effort in any of the meets that we have remaining.”
Senior Donavon Camacho missed out qualifying for the 400m Dash finals by mere hundredths of a second. Twenty-two of the 130 400m runners ran in the 52-second range, including Donavon’s 52.40 earning him 44th place of 130 runners.
Guido Zapata competed in the 110m and 300m Hurdles but had a rough go in each event. Guido did not have his best day in Houston but is looking forward to the remainder of this track season and getting back to the big stage in Austin during the middle of May.
Sophomore Justin Contreras long jumped 17’9¾” which placed him 37th overall. The 4x100m Relay team consisting of Zapata, Contreras, Xsavior Martinez, and Aaron Terrazas ran a time of 45.62, placing them 27th.
Up next: Devine Invitational on Saturday, March 23rd. If there are some in the community that would like to donate their time to help run field events, time, pick, or assist where needed, please contact Lon Cozby at lon.cozby@devineisd.org.
By Jerel Beaty
Staff Writer