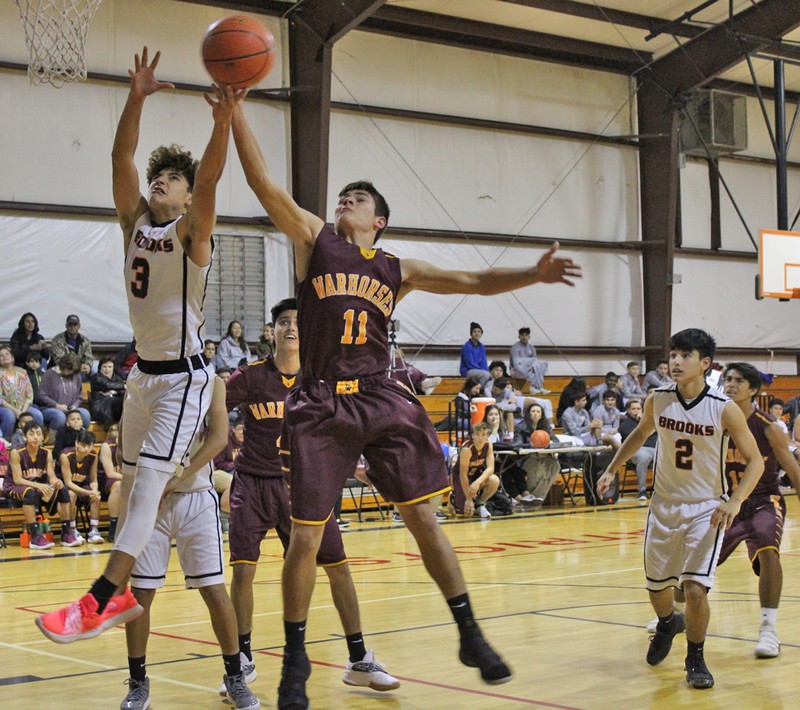 It came down to the wire in the JV Warhorses’ first game of the season on Tuesday, November 20th. Their first opponent, Brooks Academy was no easy team to beat and the Warhorses had to work hard for every point they scored. Playing smart and aggressively, the boys kept up with the Tigers and won despite trailing at the end of each quarter. Scores by quarter: Q1 9-10, Q2 19-23, Q3 32-34, Q4 50-49.
With the score tied “Gerlach hit the game winning free throw with no time left on the clock,” reported Coach Evan Eads. It was his only point of the night and he made that point count when the team needed it most. C. Dishman scored 4, H. Friases 2, W. Byrd 12, C. Gerlach 1, M. Madrid 7, J. Dozal 20, X. Contreras 2, T. Sequin 2. C. Ortiz and R. Elizondo also played for the JV Warhorses in this game.
This weekend the JV Warhorses will host a tournament with Marion, Medina, Pleasanton, and Uvalde participating. Thursday’s games will be Pleasanton/Medina 9:30, Marion/Devine 10:45, Uvalde/Pleasanton 12:00, Medina/Marion 1:15, Devine/Uvalde 2:30. Saturday’s games are Devine/Pleasanton 8:45, Uvalde/Medina 10:00, Pleasanton/Marion 11:15, Medina/Devine 12:30, and Marion/Uvalde 1:45. Games will start early if possible and will be played in the DSAC.
December 6-8 the JV team will head to Dilley for a tournament and their first game will be at 4:30 on the 6th. This will be an 8 seed double elimination tournament with Dilley Grey, Pearsall, Carrizo Springs, Hondo, Crystal City, D’Hanis, Dilley Maroon, and Devine. Then on December 13th and 15th, the Warhorses will host another tournament with Cotulla, Dilley, Lytle and Pearsall.
By Dicy Chambers
Sports Writer