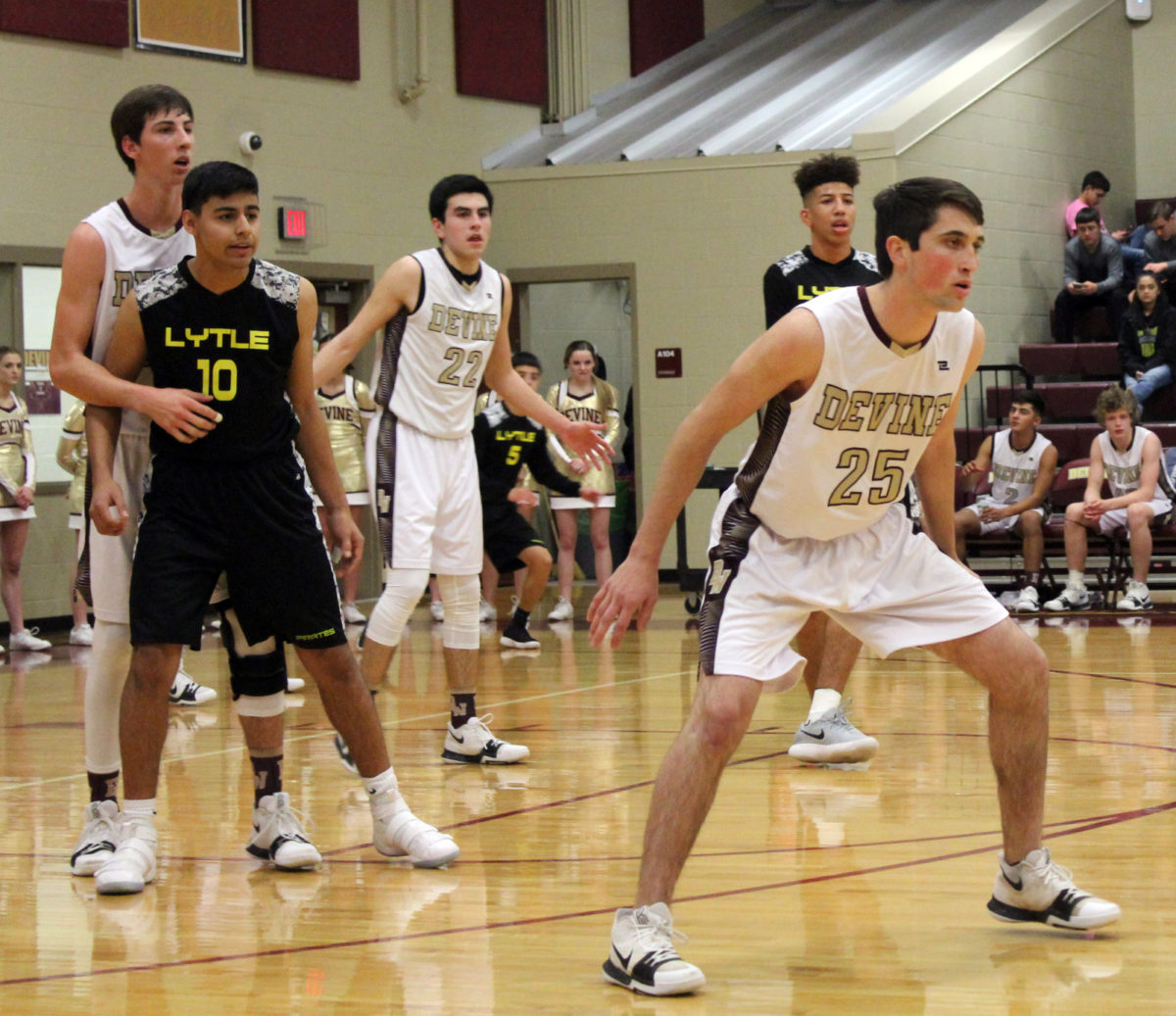 On January 23rd, the Warhorses beat Lytle in a game that they came from behind to win. At the end of the first things did not look great with a score of 6-14 and the trend continued at the end of the half with a score of 17-27. Coming out determined in the second half, the Warhorses didn’t let Lytle’s lead grow and closed the gap in the fourth. When the final buzzer sounded, the Warhorses fought hard and overcame a large point difference to win 62-61.
Connor Schmidt had 20 points, Daniel Ramirez 13, Jacob Oyola and Leonard Pompa each with 11, Justin Contreras, Brady Cardenas and Cash Walker each with 2 points.
On Friday, the Warhorses had their first district loss against Carrizo Springs (44-52). Trailing behind the whole game, the Warhorses never gave up the fight and continued to play aggressive.
Walker had 10 points, Oyola 8, Ramirez and Schmidt 7, and Contreras and Pompa each with 6 points.
District play continues with a second meeting with Pearsall, Friday February 2nd.
By Dicy Chambers
Sports Writer