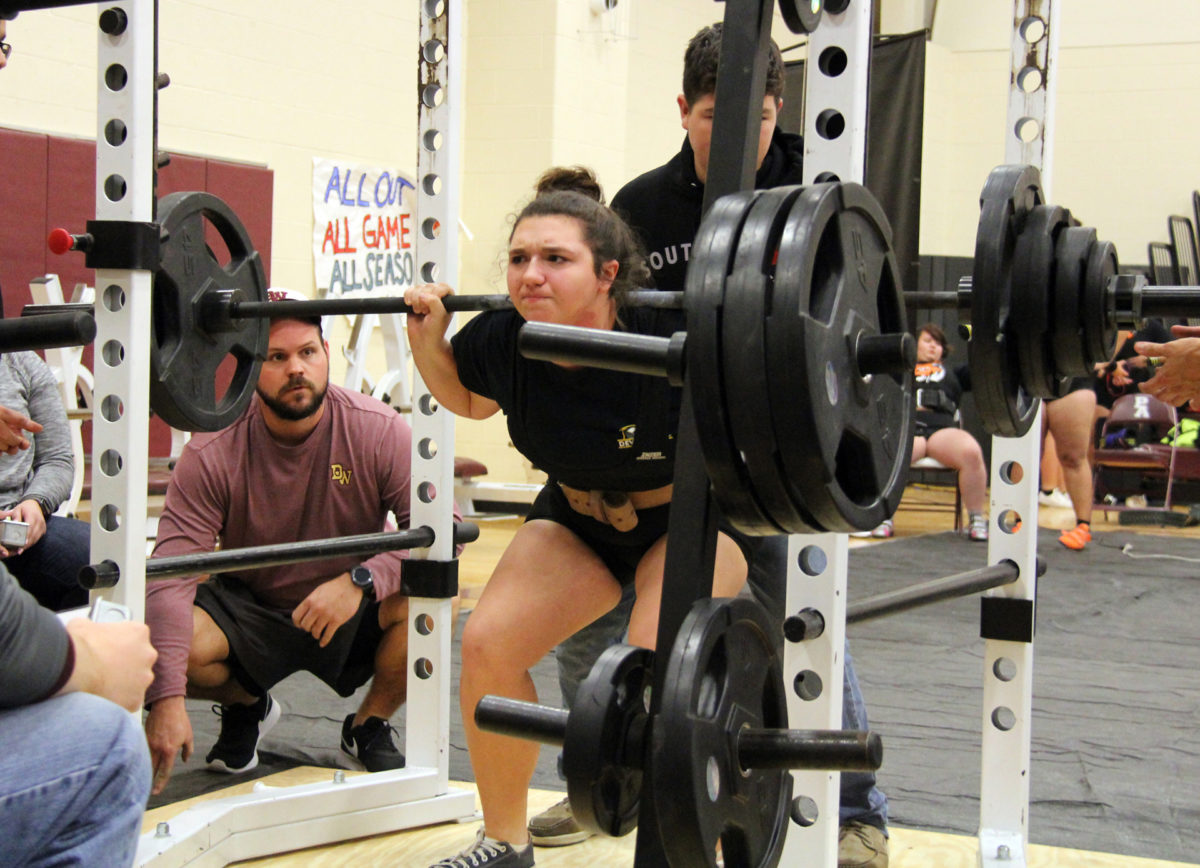 The Devine Warhorse and Arabian Powerlifting teams return to competition beginning at 9:00am this Saturday at Somerset. If you haven’t gotten to watch an event this season or have never been to one in person, the excitement and adrenalin is not only embodied into the lifters, but the fans of the athletes also get enthusiastic as each lifter prepares to successfully achieve their next challenge.
“Somerset meet is always a fun one,” stated Head Coach Paul Gomez, “and it is always a big meet. What I really like is that they have separate varsity, JV, and freshman divisions that gives our freshman the opportunity to compete against their own age group. There are not many JV or freshman meets around this area which also makes this meet a great opportunity for our up-and-comers!”
I borrowed this excerpt from Powerlifting-Year 1 by Dave Kirschen to describe the competition. Powerlifting is an individualized sport in which competitors attempt to lift as much weight as possible for one repetition in the squat, bench press, and deadlift. Each lifter is placed into a specific division and classified by several variables including weight class, age group, and experience level. Subdivisions such as “raw” and “geared” indicate whether the individual is wearing supportive equipment during the competition.
Competitions are generally all-day events that begin with the squat, progress to the bench press, and conclude with the deadlift. Every lifter has three attempts at each lift, making for nine attempts throughout the day.
Three officials serve as judges and collectively decide whether a lift is considered “good” or “bad.” Each judge’s decision is represented by a panel of red and white lights (white indicating a “good” lift and red indicating a “bad” lift) displayed after each attempt. Two or three white lights are sufficient for a “good” lift while one or less is disqualified.
At the end of the day, awards are presented to the lifters with the highest squat, bench press, deadlift, and total within their division. A lifter’s total is determined by the sum of his/her best lifts, and the individual with the highest total is considered the all-around strongest lifter in his division.
Gomez describes the atmosphere “intense and mentally challenging” not only for the lifters but also for parents and spectators. He also mentioned that it could be “a little overwhelming at times.”
If you have not previously attended a competition but have wanted to go, maybe the information provided gives you a little insight into what the sport is all about and challenges you to set your alarm on a Saturday morning.
Somerset utilizes two gyms and an adjoined weight room that has 12 racks so although it is a big meet; it always finishes at a reasonable time. It will be a great atmosphere!
By Jerel Beaty
Sports Writer