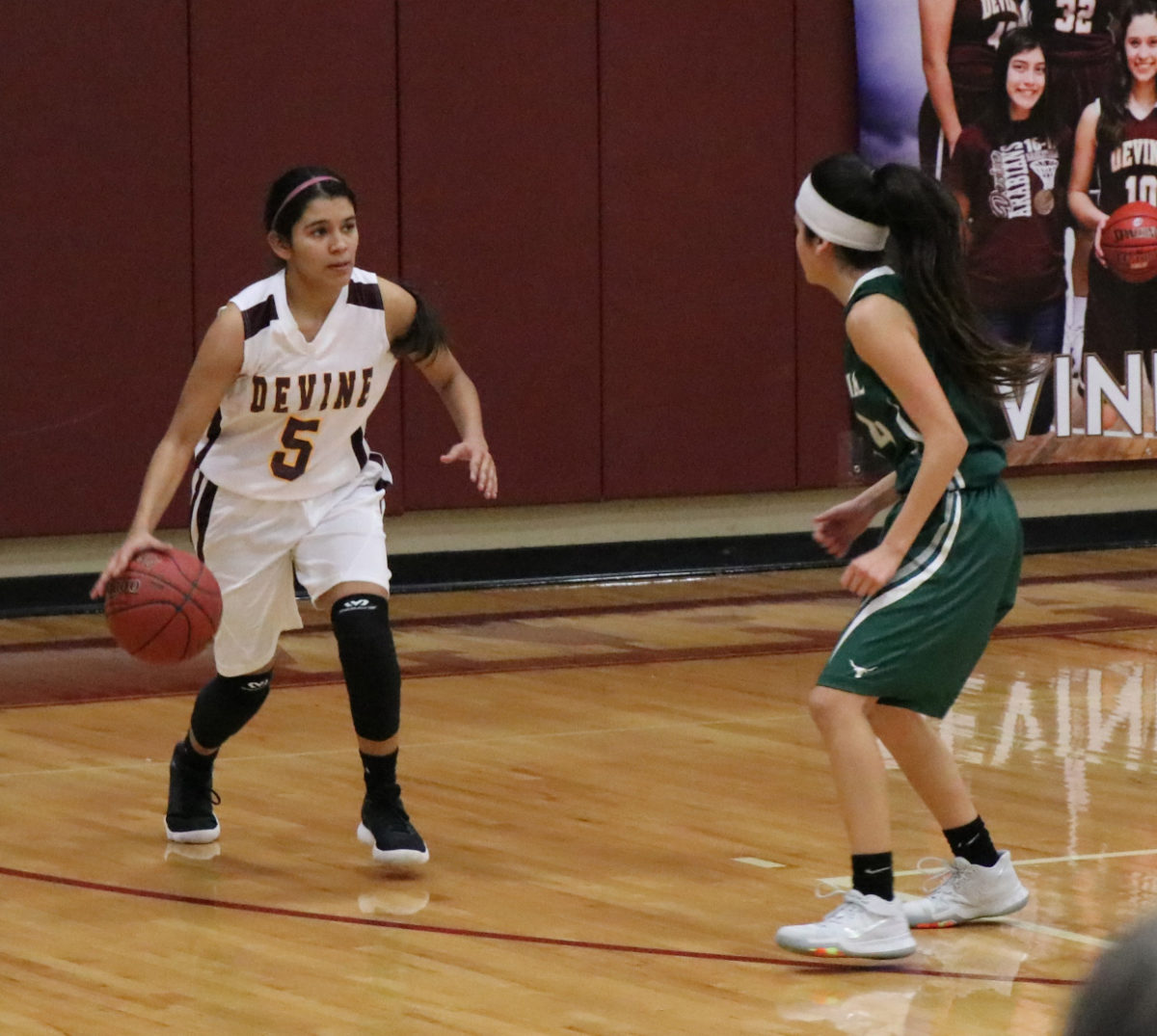 The Junior Varsity Arabians continued to be undefeated in district with two wins against Lytle and Carrizo Springs. Lytle was no match for how strong the JV Arabians played. Averaging over 10 points a quarter and holding their opponent to an average of four, the JV Arabians controlled the court the whole game. The quarters break down to show just how dominant the Arabians are. First quarter 8-3, second 22-5, third 33-8, and the final score was 42-16.
“The girls impress me every time they step foot on to the court and keep getting better and better!” Coach Leigh Anne McIver said.
Jasmine Pompa scored 6 points with 6 rebounds, Gabby Rodriguez 6 points 3 rebounds, Janaee Wofford 6 points 2 rebounds, Dana Aaron 6 points 2 rebounds, Karli Geyer 5 points 1 rebound, Allyson Taylor 5 points 1 rebound, Alexa Garza 5 points 1 rebound, and Scarlett Smith 3 points 2 rebounds.
Carrizo Springs proved to be a tougher opponent but the JV Arabians were still victorious. In the 24-22 game, the Arabians trailed 6-10 at the end of the first quarter. Controlling the ball helped slow down Carrizo’s intense game play. At the end of the second, Devine gained the lead at 16-15. In the third, the Arabians continued to play at their pace and not let Carrizo run away with the ball, ending the quarter 22-19. When the game was over, the score showed that the Arabians were able to outplay their opponent.
“The girls dug deep and found a way to come back and keep the lead, even when Carrizo was really pressuring us and pushing the intensity. But the girls pulled together and came away with the win,” state Coach McIver.
Pompa 7 points with 10 rebounds, Taylor 7 points 5 rebounds, Rodriguez 3 points 7 rebounds, Aaron 3 points 2 rebounds, Smith 2 points 6 rebounds, and Wofford 2 points.
By Dicy Chambers
Sports Writer