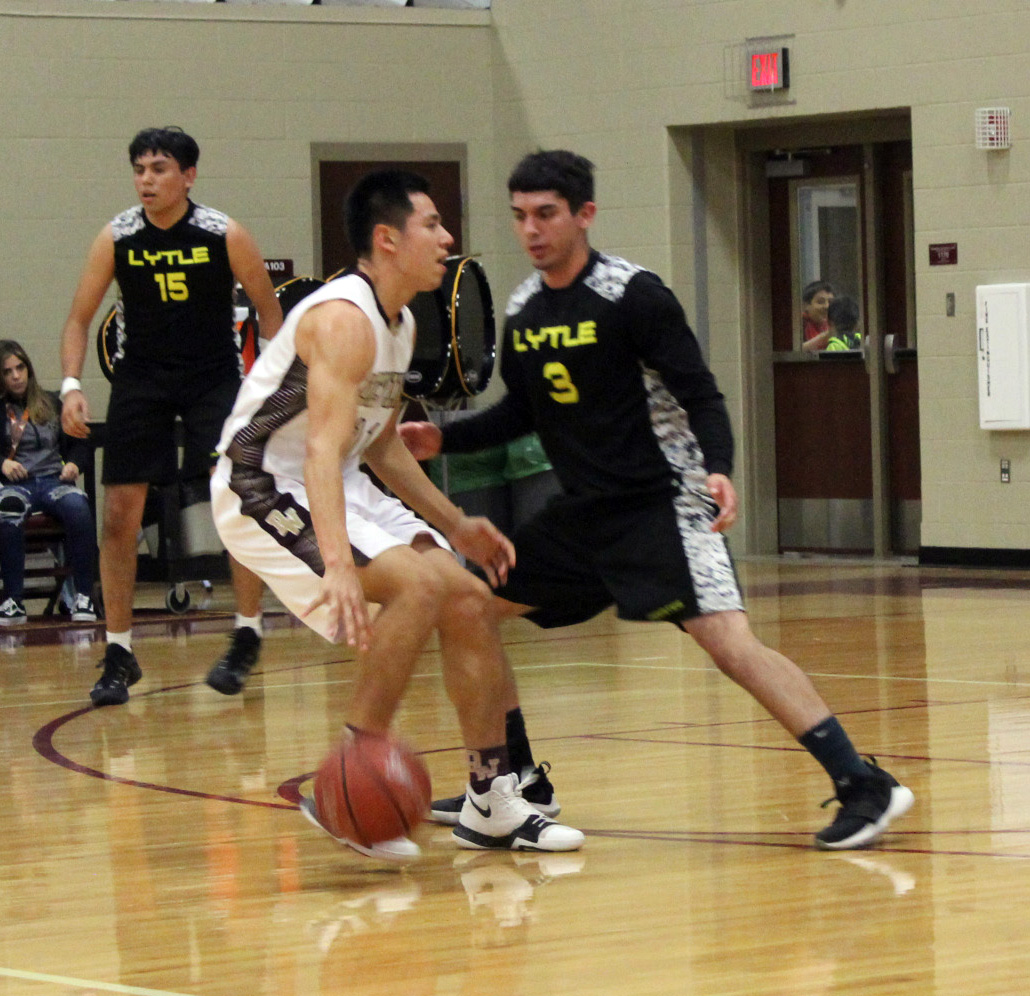 In the second half of district play, the Warhorses are currently 5-1 and 22-7 overall. With only Lytle on Friday the 9th and Carrizo Springs on Tuesday February 13th, the Warhorses are in great shape to continue winning. In their first meeting against Carrizo Springs, the Warhorses lost 44-52.
Crystal City and Pearsall fell to the Warhorses last Tuesday and Friday. Crystal City was an aggressive team with the Warhorses being sent to the free throw line 14 times. The Warhorses kept up the aggressive pace and led at the end of every quarter, first 13-9, second 24-19, and third 25-43. With a final score of 56-44, Jacob Oyola scored 16 as the top scorer. Connor Schmidt scored 11 points, Cash Walker 9, Justin Contreras and Daniel Ramirez with 8 each, and Dalton Kramer 4 points.
Pearsall took the early lead at the end of the first at 7-11 but the Varsity team took it quickly and held it through the end of the half at 21-19. In the third quarter seven different Warhorses scored to increase the lead to 47-28. In the final quarter, the boys kept up the pressure to end the game 61-40. Schmidt and Oyola each scored 13 points, Kam Adams and Contreras each had 6, Ramirez 5, Walker 4, Tristan Kramer and Sid Martinez each had 3, and Brady Cardenas and D. Kramer each had 2.
By Dicy Chambers
Sports Writer