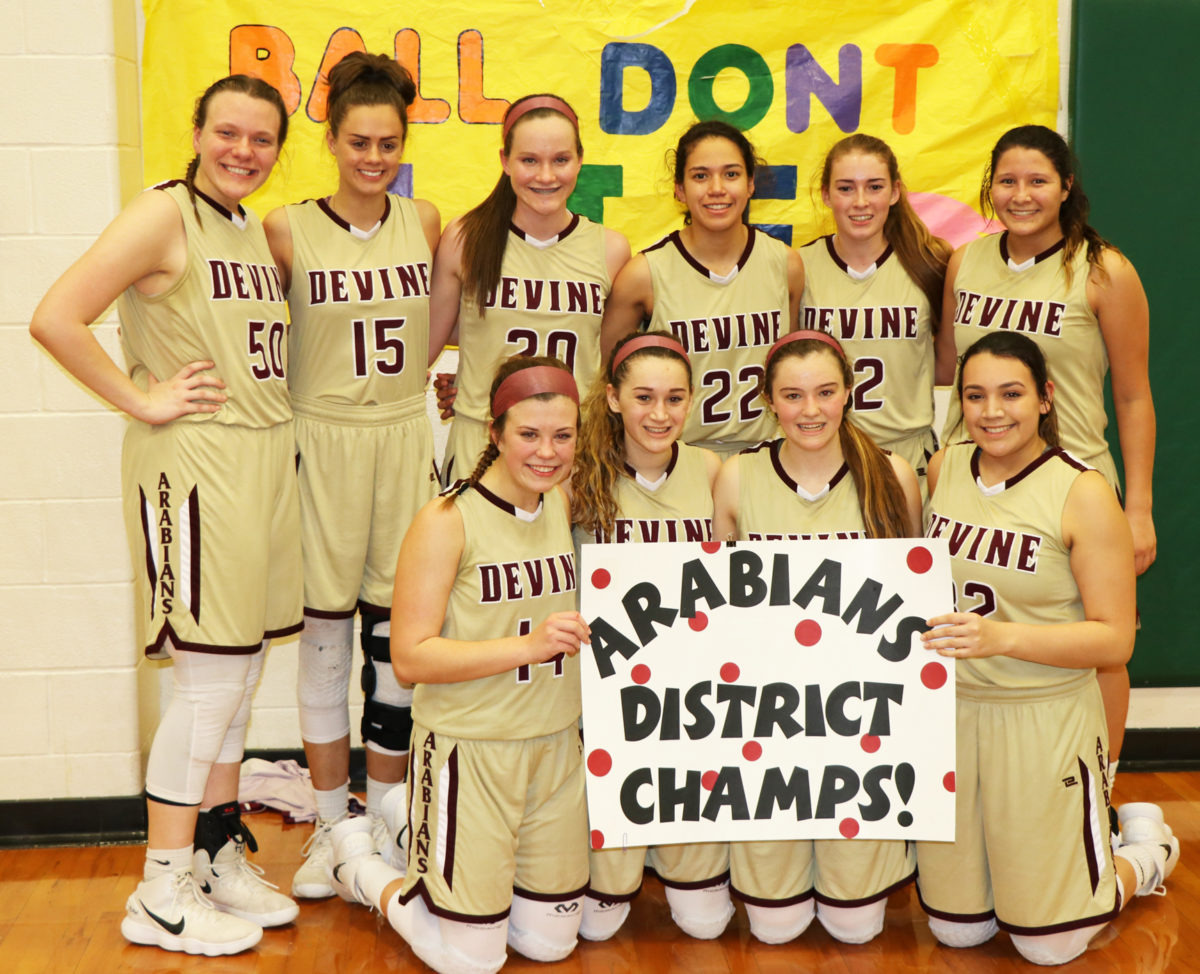 The Varsity Arabians won their last two district games against Crystal City and Pearsall. Undefeated in district and with an overall record of 27-6, the Arabians now head to the playoffs with great momentum. They haven’t lost a game since early December. Coach Gary Schmidt has been filling in for Jim Sessions the last couple of games while Coach Sessions has been under the weather. Coach Schmidt led the Arabians in their victories against Crystal City and Pearsall. But it has been Coach Sessions’ hard work and unbreakable team spirit that has powered this team late in the season.
Crystal City was tough as ever and a close game all the way to the end. Adjusting to Crystal City’s quick zone and aggressive defense, the Arabians fought hard and it was the rebounding both offensively and defensively that really helped win the game. “This game was close, and as in any close game it was on the free throw line where we shot 72% as a team to Crystal City’s 38%,” said Coach Schmidt. The score was close the entire game and the team went 12 for 12 in the last quarter to secure the win with a final score of 44-40.
Preslee Quisenberry led the charge with 17 points, Chesney Friesenhahn 14, Lily Stricker and Alissa Stehle each with 6 points.
In their last district game, Pearsall was no match for the Arabians. With a final score of 60-28, the Arabians dominated the entire game. Leading 16-6 at the end of the first, the Arabians set an aggressive pace and continued it the rest of the game with a second quarter score of 33-16, third 48-22, and 60-28 final score. “We were able to get defensive rebounds and push the ball up the floor for some easier transition baskets to get started, and the girls never looked back,” said Coach Schmidt.
Stricker scored 16 points, Quisenberry 13, Clarissa Zamora 8, Friesenhahn 7, Megan Runyan 6, Saily Zetino and Maddie Mata each with 4 points.
The Arabians will start their playoff games early next week.
By Dicy Chambers
Sports Writer