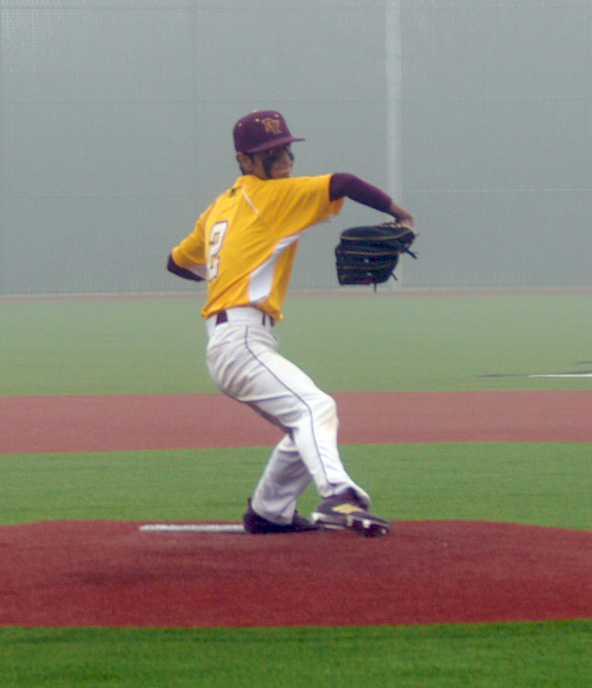 Hondo proved to be a tough opponent for the Varsity Warhorses, and the Warhorses lost 1-11. It was still a great game for the Warhorses to work on their techniques and only reported 1 error.
Gherig Runyan started the game pitching and had 4 strike outs and only 2 hits against 13 batters, Truett Barron faced 16 batters, had 2 strike outs but allowed 7 hits off of him, and Brady Harrell pitched one inning facing 9 batters and had 4 hits allowed off of him.
Devine’s one run came in the second inning when Matt Ornelas stole home after stealing second and third. Isaac Solis went 1 hit in 3 at bats, Ralph Rios 1-3, and Truett Barron 1-3.
In the Marion tournament, the Warhorses went 0-3 against some tough opponents. In their first game last Friday, the Warhorses faced La Vernia and Isaac Solis pitched all five innings this game and had 10 strike outs, allowing 7 hits against the 25 batters he faced with a total of 98 pitches. Kyler Brown had 1 hit and scored the only run for Devine in the first inning. The final score was 1-5.
Blanco beat Devine 5-1 but it was still a great time to work on fundamentals. Pitching against Blanco was Kyler Brown and Brady Harrell. Brown threw 64 total pitches with 34 strikes against 18 batters for 3 strikes out and 4 hits allowed. Brown threw 18 total pitches against 7 batters, 12 strikes and no hits allowed. Brown was 3 hits in 3 at bats and scored 1 run late in the 6th inning when Newt Crouch hit a ground ball allowing Brown to run home. Crouch were 2-3 with 1 RBI, Dalton Kramer went 1-3, and Barron went 1-3.
In their final game on Saturday, the Warhorses faced Cameron Yoe and suffered their third loss 1-4. It was still a great pitching game for Runyan and Barron. Runyan faced 20 batters and threw 2 strikes allowing 5 hits in his 71 pitches. Barron threw 15 pitches against 4 batters with 1 strike out and 1 hit. Offensively Ornelas, Kramer, and Crouch each had 1 hit in 2 at bats and Kramer had had 1 RBI. Barron had 1 hit in 3 at bats.
Overall Devine only had 4 errors in the three games, with an overall fielding percentage of 91.9%. This tournament was a great learning experience for the Warhorses allowing them to see what needs to be improved with the Warhorse Classic this weekend and the Somerset Tournament March 8-10 before district play starts on March 20th at home against Carrizo Springs. The Warhorses current record is 3-5 overall.
By Dicy Chambers
Sports Writer