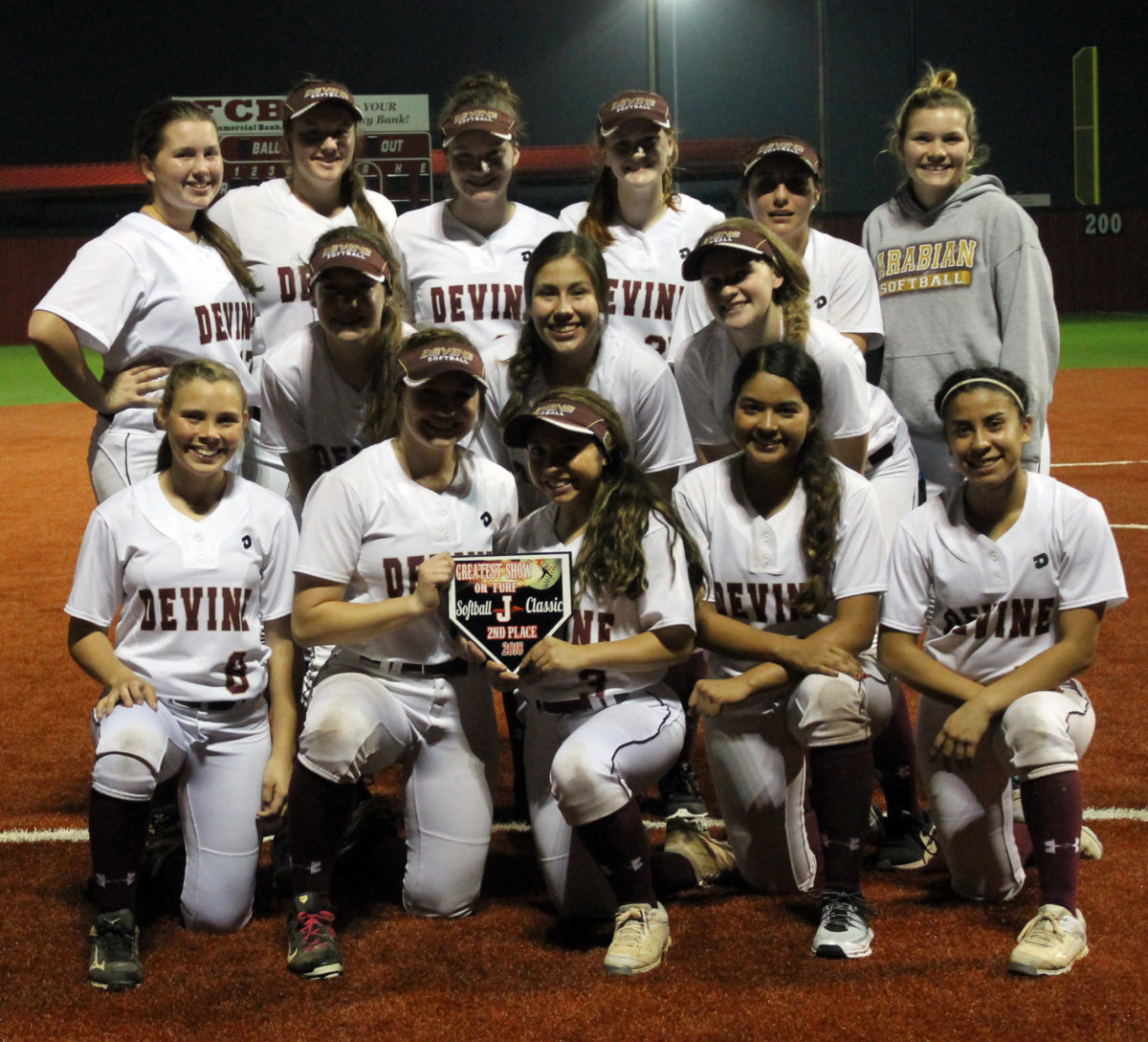 The Arabian varsity softball team traveled to Harper on Tuesday evening for their annual game against the Lady Longhorns. The Arabians took an early one to nothing lead in the 1st inning and kept a Harper runner at third with one out. Devine added two more runs in the 3rd and three more in the 4th. The Arabians were able to beat Harper 6-0.
Taylor Carr pitched the entire game; she recorded six strikeouts, allowed three hits and no walks. Defense committed two errors and we had two base running mistakes. On the offensive side of things we had 12 hits; 8 singles, 3 doubles, and 1 homerun.
At Bat: Jeanette Rios went 2-3 (2 singles), Taylor Carr went 1-3 (1 double) (1 RBI), Jessie Ramirez went 2-4 (1 single 1 homerun) (3 RBI), Arieana Ramirez went 2-3 (2 singles) (1 RBI), Allyson Taylor went 2-4 (2 doubles) (1 RBI), and Kendall Arche went 2-4 (2 singles).
“The Arabians put together a very nice outing Tuesday in Harper. I was very happy with our performance. We battled at the plate and showed a lot of patience scoring every run with a two out rally. I’m excited for the girls, they played fantastic,” stated Coach Mark Mangold.
Coming up for the Arabians is Jourdanton on February 27th, the Blanco Tournament on March 1-3, Bandera on March 6th and McCollum on March 9th before district starts Tuesday, March 13th against Lytle.
By Dicy Chambers
Sports Writer