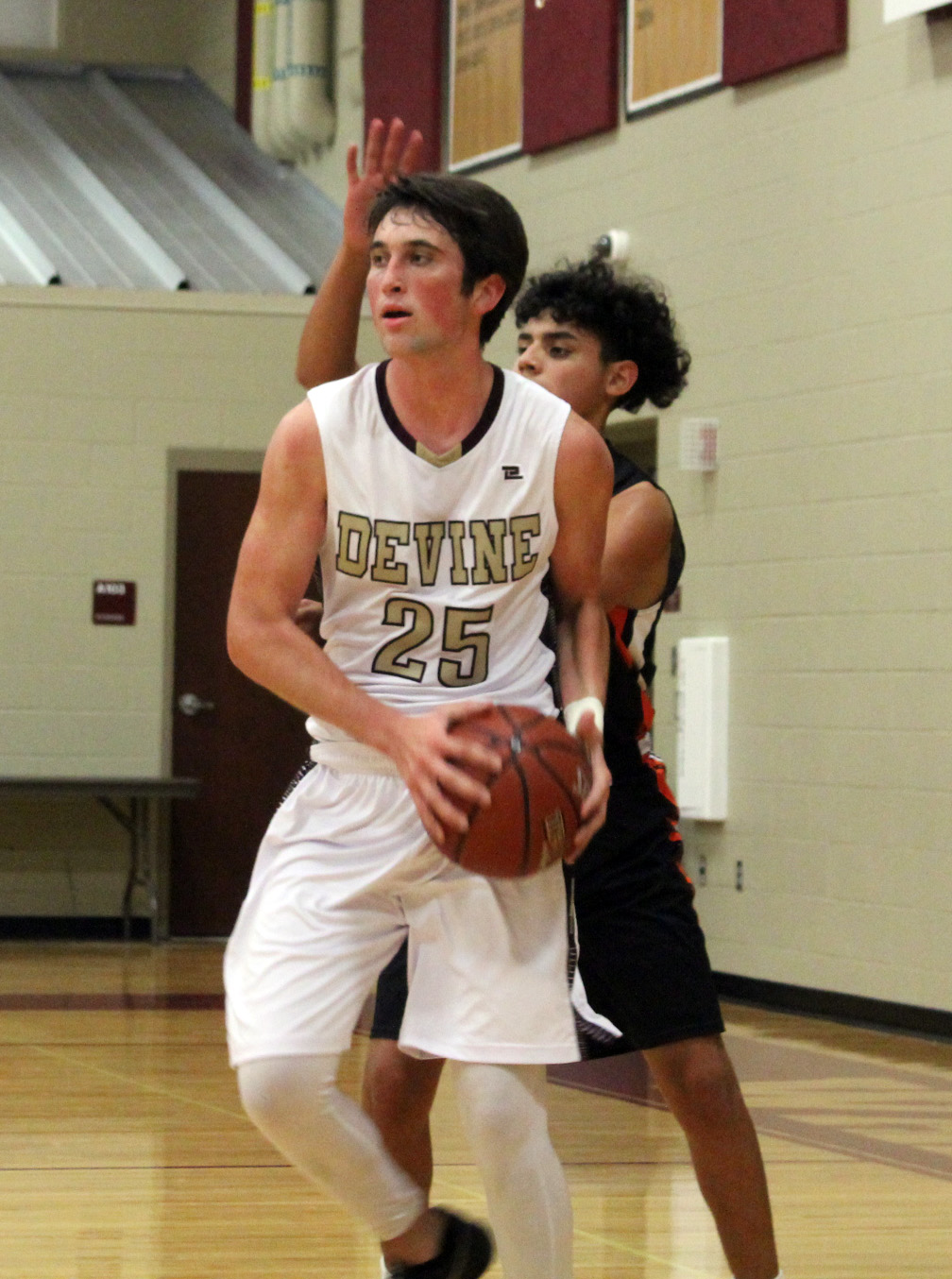 Natalia proved to be no match for the Varsity Warhorses. Only scoring 24 to Devine’s 55, Natalia fell hard. The Warhorses may have started off slow in the first half but came out with a strong defense in the second and held their opponent to only 10 points.
C. Walker scored 12 points, M. Burford and J. Contreras 8 each, J. Oyola and D. Ramirez each had 7, T. Kramer 5, D. Martinez 4, and L. Pompa and B. Cardenas each had 2.
Marion Tournament
At the Marion tournament, the Warhorses went 2-2. Facing Wimberley in the first game, Devine led until the end of the 4th quarter. Wimberley won 43-38. Walker had 10 points, Contreras 9, Pompa 6, Oyola and D. Ramirez each had 4, D. Kramer 3, and Burford 2.
The same afternoon the Warhorses faced Marion but faced another hard loss, 57-42. Oyola had 11 points, Pompa and K. Kramer 9 each, Ramirez and C. Walker 8 each, and Burford and Contreras had 2 each.
Fueled by the losses, the Warhorses came out fighting in their third game against Gregory Portland, leading at the end of each quarter. Playing hard and with a purpose the final score was 50-38. With 11 points Ramirez led the charge while Cardenas followed closely with 10. Pompa and D. Kramer each had 9 points, Oyola had 7, Walker had 5, and Contreras had 4.
In their final match, the Warhorses faced Canyon Lake and kept their strong momentum going, winning 50-38. A strong defense and quick change to offense led the Warhorses to their final victory of the tournament. Martinez scored 17, Oyola 10, Walker 9, Contreras and Burford each had 4, and Pompa and D. Kramer each had 3 points.
By Dicy Chambers
Sports Writer