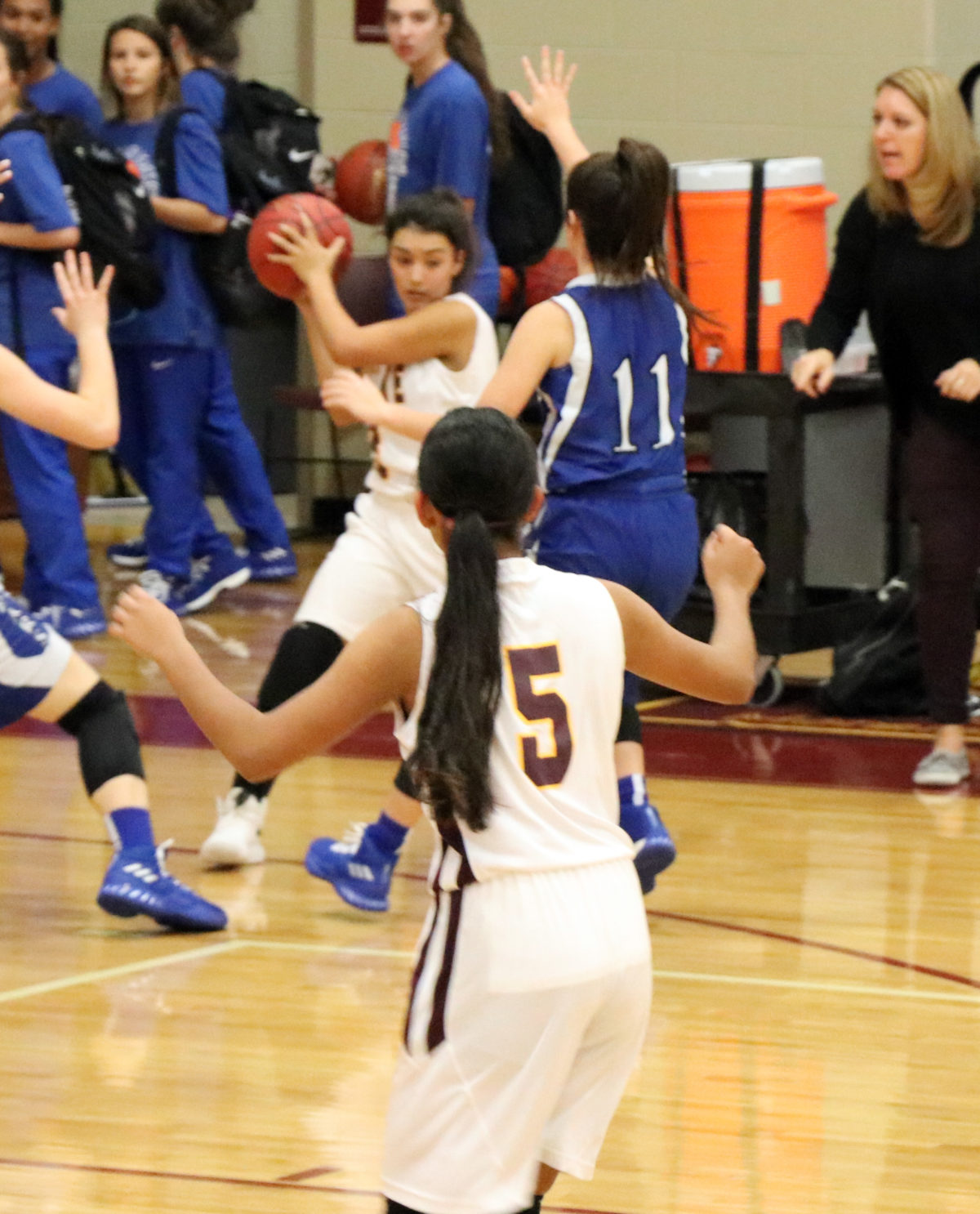 Starting off slow in the first quarter, the Junior Varsity Arabians took off and put point after point on the board, while their strong defense kept Bandera from scoring any of their own. With a final score of 38-18, the JV moved the ball well around the opponent’s zone defense.
“You could really see a growth in the girls from the last time they played and that’s what makes it fun!” stated Coach Leigh Anne McIver
Wofford scored 6, Pompa and Rodriguez each had 3, Taylor 2, and Geyer, Howard and Morales each had 1.