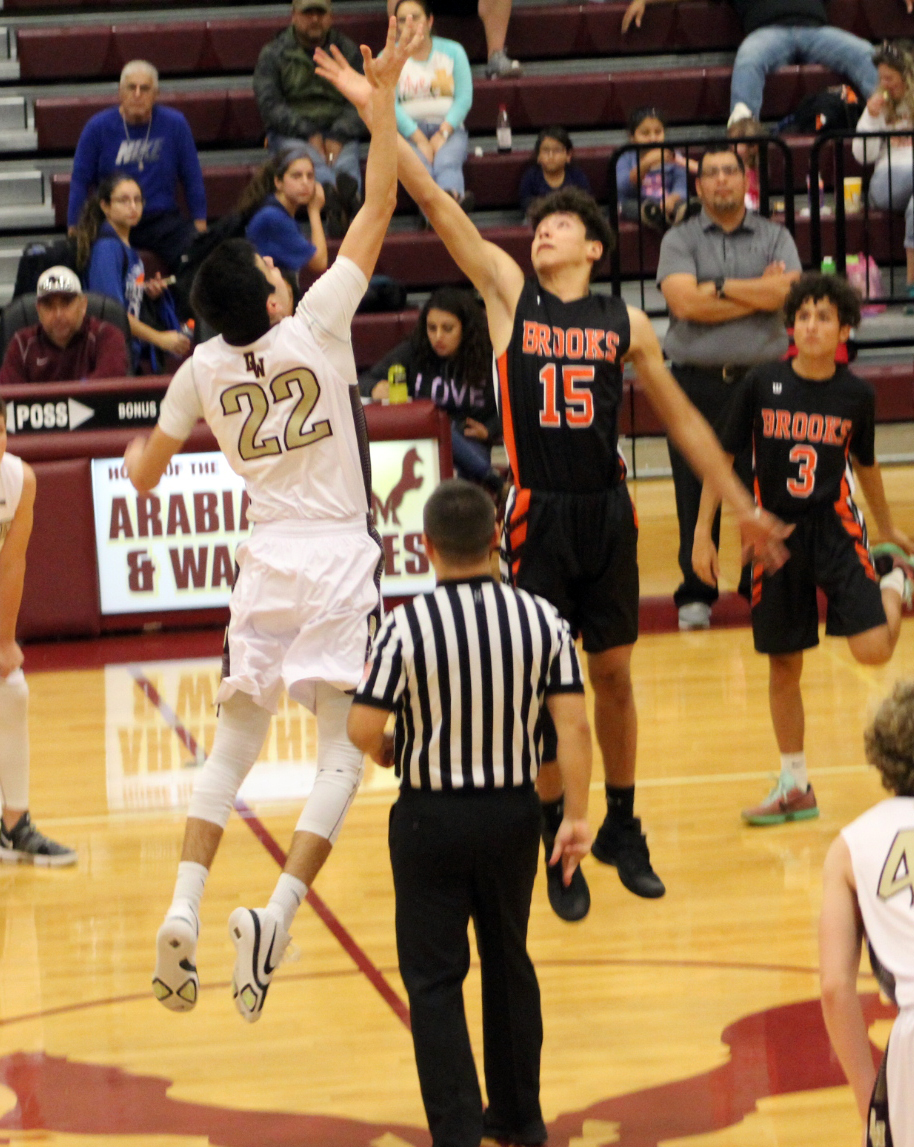 Brooks Academy fell to the Warhorses on November 21. Scoring 32 points in the first half the Warhorses controlled the court and only allowed Brooks to score 11. But when the second half started Brooks pushed hard and the Warhorses fought to keep their lead. In the second half the Warhorses struggled with the defense and Brooks closed the gap with 39 points in the second half. Coach Paul Wells and his team did not give up and answered with 31 points of their own, staying on top.
L. Pompa and D. Ramirez each scored 10, J. Oyola had 8, D. Kramer 7, D. Martinez, J. Contreras, and B. Cardenas each had 6, M. Burford 4, K. Adams and C. Walker each with 2, and T. Kramer had a free throw.
By Dicy Chambers
Sports Writer