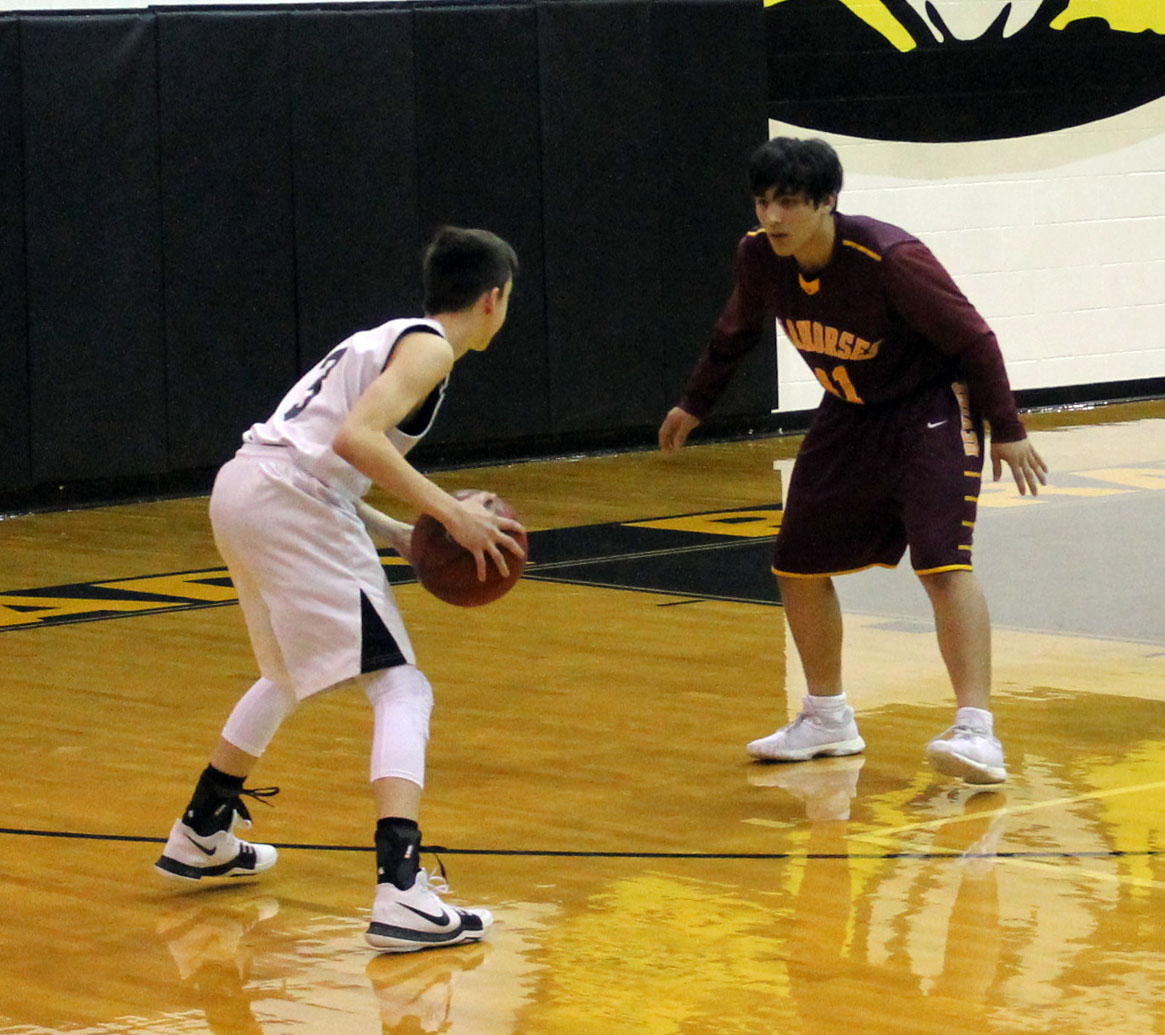 In a high scoring game, the Junior Varsity Warhorses beat the Hondo Owls. In this non-district game, the JV Warhorses struggled a little on the defensive side but were a power house on the offensive side with almost every player scoring. The game went back and forth the first two quarters with Devine up 15-10 at the end of the first but Hondo winning the second at 30-33. Tied at 48 at the end of the third, the Warhorses put the pressure on to win the game 75-67. Sergio Martinez scored 11 points, Andrew Perez 9, Damien Martinez 9, Mason Burford 7, Jose Dozel 6, Willie Medrano 6, Hunter Farias 4, and Sage Ornelas 2 with Isaiah Rejino and Josehp Hernandez supporting defensively.
Playing for Hondo was Eden Jimanez 5 points, Sean Constante12, Ryan Schutte 8 Javen Zavala 2, Avin Ibarra 5, Joe Robertucci, Wyatt Gibson, Isaac Gibson 7, Damien Sundoval 11, Brandon Gracia 25, MiccahFerreiva and Jay Villareal.
Losing to Lytle earlier this season by one point, in their second district meeting the JV Warhorses beat them 67-43. It was in the second quarter when the Warhorses broke Lytle’s press and their led grew to 33-21. In the third the Warhorse defense held Lytle to 4 points while the offense scored 15. In the final quarter, the JV team was just a power house and won 67-43.
D. Martinez led with 24 point and Perez was close behind with 22, Medrano 11, A. Martinez 8, and Burford 2 points. Also playing was Hernandez and Rejino.The JV Warhorses are 15-11 overall and 4-3 in district.
By Dicy Chambers
Sports Writer