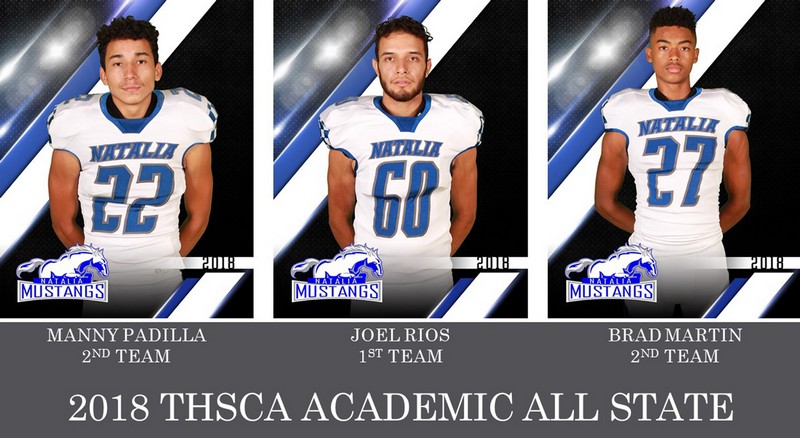 For the first time in recent history, six Natalia Football program members were selected to the 2018 Academic All-State Football team. Three Natalia Football players along with three team trainers were named to the squad.
“Our student athletes do a great job of leading by example in the classroom,” Coach Ilyan Martinez said. “I am so proud to have them recognized for this accomplishment.”
In order to be eligible to be named to this accolade, you must have an overall GPA of 92 or above, a member of the team in good standing at the time of nomination, must be a senior and be of good moral character.
Leading the way for the Natalia Mustangs was senior Joel Rios (1st Team All-State) who ranks #1 in his class with a 3.93. Next up is senior Brad Martin (2nd Team All-State) who ranks #4 in his class with a 3.74 followed by Manny Padilla (2nd Team All-State) who ranks #7 in his class with a 3.62.
Aside from the hard working young men on the team who were all very instrumental as both athletes as well as leaders on the squad, three trainers also played a key role. 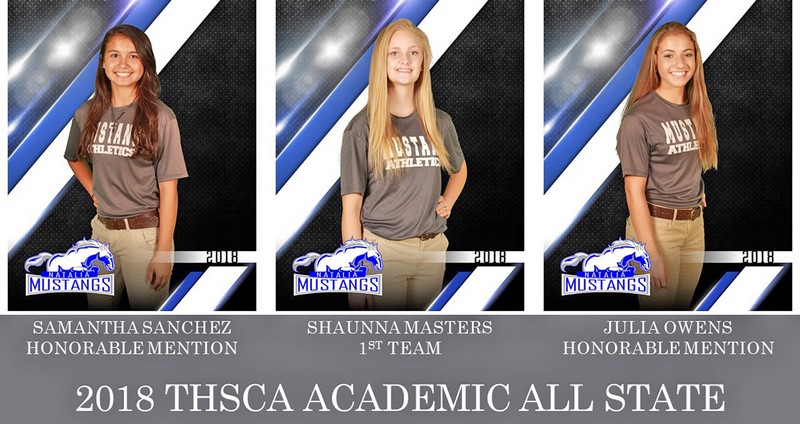