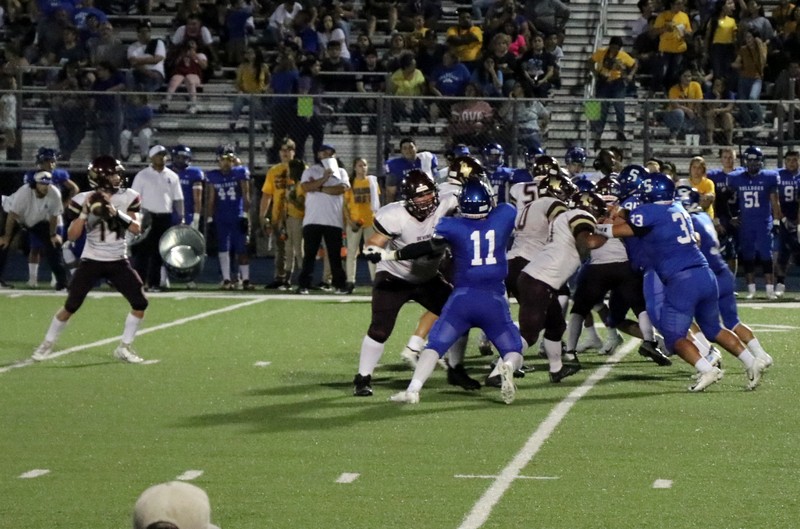 The Devine Warhorses will face the San Antonio Southwest Legacy Titans in their first matchup in the history of both programs. While the Warhorse’s history dates back nearly 100 years, the Titans are in the first year as a varsity program after playing a JV schedule in 2017.
Legacy joins District 14-5A, a district that includes Southwest, Eagle Pass Winn, Northside Harlan, Laredo Martin, Harlandale, and McCollum. They are the preseason pick to finish sixth in the 7-team district, just ahead of McCollum.
Do not let ‘first-year program’ stick too long as a thought in your head that this should be an easy matchup for Devine. With an enrollment of 2,083, the Titans have plenty of prospects to pick from to represent their start-up program.
“We are preparing for Southwest Legacy just as we would any other team,” stated Head Coach Paul Gomez. “They are another 5A school that will bring a large roster to Warhorse Stadium. We went right back to work after the Somerset game ended and, I promise you, these boys are going to play hard for all four quarters.
We are a very tight bunch and we know we can get it done. This is Legacy’s first varsity season after have sub-varsity seasons but they have played SA Lanier and SA Jefferson close so they will be a tough opponent.”
Legacy dropped a 25-14 contest against Lanier in Week one while losing to Jefferson 30-20 last week. Game time is set for 7:30pm at Warhorse Stadium.
By Jerel Beaty
Staff Writer