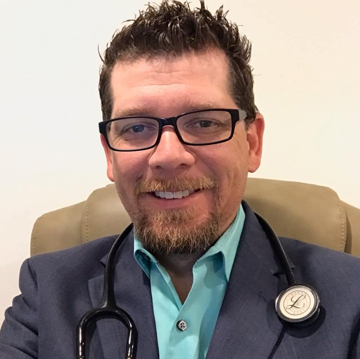 We interviewed Will Thompson, a physician’s assistant at Hometown Healthcare Clinics, who has treated over a hundred suspected COVID patients, including a group of around a dozen patients in a dedicated COVID wing at a South Texas nursing home that was struck by COVID.

It happened at a time when SA hospitals were reaching surge capacity and wouldn’t accept transfers unless patients were in critical condition. They spoke to local Dr. Richard Neel, who has been treating patients in our area since March with great success.
“We began using melatonin as an adjunctive treatment along with decadron (a steroid) about two weeks ago,” Thompson said. “The theory is that melatonin is an anti-inflammatory, and it is capable of blocking the cytokine storm.”
“In the group of nursing home patients, there are several important markers we have been watching, and all seem to be improving. The levels of C-Reactive protein (CRP), sedimentation rate, LDH, and ferritin levels are important markers, along with renal function.”
“Many of our patients had profound inflammation, with CRP levels in the 100’s. When you look at the CRP, or inflammation levels, a level of five is high. One of our patients had a CRP level as high as 220. When you have inflammation levels like that, it is a marker for risk of developing deadly cytokine storms. But with this treatment we are seeing a trend of inflammation going down instead. The patient who was at 220 is now down to 60 CRP. Several patients, who were at 90 CRP, were down to a normal CRP level within a week of starting melatonin and decadron.”
These patients, most of them in their 80’s, have a long list of underlying health conditions, making it even more noteworthy that all of them seem to be improving.
“The most encouraging thing is they are not getting worse. COVID-19 is a disease that causes clotting, heart attacks, renal damage, and the fact that we are not seeing those things in this group of patients is really something.”
“Before beginning this treatment plan, we did have a couple patients who went downhill very fast… We just couldn’t get to them fast enough with the delay in testing which was a huge barrier,” Thompson said.
The Hometown Health Clinic and its team are also treating COVID patients as outpatients.
“I’ve treated around 100 suspected COVID cases as outpatients over the past two weeks. Between our three clinics, we are probably testing 50 cases a day of suspected COVID,” Thompson adds.
“This idea of using melatonin as an adjunctive treatment is gaining traction, and I am glad to see it. I have heard of some hospitals in the area that are using it too,” Thompson said.

“We really need to look at the physiology of melatonin again. Research suggests there are many other applications for melatonin outside of COVID-19 as well. It’s sort of a forgotten medicine that’s really only been widely used as a sleep aide,” Thompson said. “I am not a big pusher of supplements and alternative medicine, but when you see something that works, you have to look into it. This is not some kind of voodoo medicine, nor is it a magic bullet. I respect Dr. Neel and his work and research. Had he not shown us that research I probably wouldn’t have ever looked into this.”
“I had some reservations about using the high doses of melatonin in my patients until I really looked at some of the independent research behind it. I was particularly interested when I saw the research of melatonin being used in SARS-1 and MERS. The excellent safety profile of melatonin is another thing that really got me. Some of that research showed that using doses much higher than what we are prescribing was effective and safe, so when you look at that, 100 mg or 50 mg doesn’t seem like so much as long as it is being closely managed by a knowledgeable healthcare professional as dosing is dependent on factors such as age, general health, severity of disease, comorbid conditions, and the like.”
By Kayleen Holder
Editor