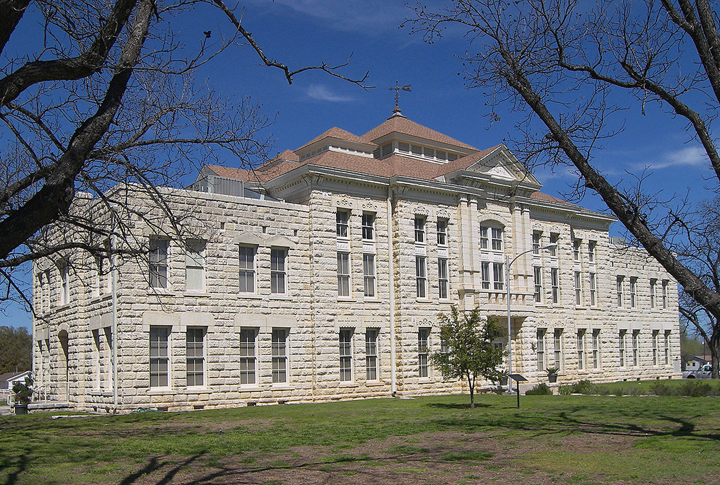 Medina County is seeing that the majority of COVID-19 cases coming in lately are in the younger ages. Cases here continue to rise this month in children ages 0-18, and young adults 19-29 years old as well as the 30-39 age group according to figures released during a press conference on Monday morning July 27, 2020.
46 children (ages 0-18) have experienced COVID-19 already in Medina County. The 30s age group has around 79 people who caught it, the 20s age group has 70 cases and Adults 50-59 have the most at 83 cases overall, 40s have 67. The 60s account for 42 cases, 70s at 22, 80s at 12 and 90+ there are 9. Total reported case count stands at 430. And that is the know cases. Many are not tested or reported. Plus totals are usually at least 2 weeks behind being passed down to the county from the state.
“Most cases now are community spread . And that is how we have to look at it as a community. And I don’t think getting so caught up in is it travel related anymore, it is San Antonio travel bringing it here. I don’t think that is as important anymore , as knowing that it is community spread and you can get it just about any way now, not just traveling to San Antonio and such, “ said Patricia Mechler, Medina County Health Unit Director.
“The charts will look a little different again this week. We are using the new system for updates. We are using Texas Trace System so now we log onto and work up our cases on there. TTS does not pull all the same info out anymore that we were charting, so we won’t graph out the percentages of community versus contact spread anymore. Texas as a whole has gotten to the point with so many cases, that it is hard to break all that out.
Question:
At what time does a probable become an active case or does it sometime just bypass active and go straight to recovery because of the time difference?
Right, So a probable case just stays a probable case, it never changes to an confirmed case… Whether it is active or recovered.
Today, I just got a batch from the state some of them a week or two weeks or a month old. Those cases are already too late too late to even trace that. They may go into my case count and straight into my recovered count. But, in the same batch I may have a case from two days ago that i can get on real quickly. Yes you might see some go quickly into recovered category
because of when I get the information.
I think as we get more cases. All clinics and doctor’s offices in San Antonio have to report their cases to the state . and the state has to give me those cases. If that doctor office doesn’t report that case for a week, which it wouldn’t surprise me that is takes them that long to do these things . There is no telling when that process gets slowed down. It is the clinics themselves not getting the information to the state? Or is the state backlogged in sending it to me? There is always that wonder of why did it take so long to get to me (back to Medina County).

Re- testing of entire facility
Nursing home concerns at Community Care
Keith Lutz said “I am working with Community Care in Hondo to do another round of testing. Everybody knows the issues they had with positive cases (20 residents/20 staff members). Patricia asked me to set it up. I think it will happen reality quickly.”
Do they (Community Care) continue to report new cases or do they pretty much have it under control?
Mechler: “I think that they are really concerned. They have had a lot of cases recover. But at the same time they have people there that are sick and really want to find out what is going on. Question was should we do another big round of testing or just one here and one there. I think it would be best to go ahead and do the whole facility again. We want to make sure. In that testing of the whole facility we may come up with some more positives because of some who tested positive back on the 6th of July. You can continue to test positive up to 3 months from the virus but not necessarily be contagious from the virus. So we may get some of those that are asymptomatic but still test positive. That’s okay but we will look at the big picture. I just think agree with Community Care that they are ready , so let’s do another round of testing.
“In Castroville the Medina Valley nursing home there has done many rounds of testing. And they have also come up with a few positives on their last round, which I was looking at today to see if they were already positive cases before. Which looks like is the case.
“I think that nursing homes need to regularly test. Maybe that is something Keith and I and the nursing homes need to set up. We will make sure with the state what is appropriate. Maybe every month we do a round of testing to make sure.”
Q : If they have already tested positive, why test again?
“I am not sure what we will do. If may depend on whether they are having symptoms.”

Q: Have you been able to meet with the schools? Any ideas.
A: Schools are working really hard getting pushing to get ready for the kids. As they get in the registrations they are trying to get numbers to come up with plans of how many will come to school and how many will work from home. Every little aspect is being looked at. So many things they are working on. They frequently ask me questions and I get on Zoom meetings and we hash these out. I get emails from teachers and parents. I think getting those kids back in school is what we have to push to work. We are going to have to try it at some point. And if we can bring back a small group of kids first, instead of bringing everyone back. There is going to be a lot of parents who keep their kids at home. Maybe they are not necessarily afraid some much of the COVID, but they are afraid of the unknown of how the schools are preparing. I’ve heard that. If your school hasn’t sent out all that information contact the school. If you want to know if you want to send your kid but you’re not sure, I’m going to send them and then they are going to close the school, then open it, go back and forth. It is not all not known yet, but some parents are hesitate with not knowing how it will go.

How are our jails? Do they have a problem like the prisons?
“No we have been communicating with the jails, and many of the them (jailers/employees) have recovered and going back at work. Doing good right now,” said Mechler.
“ No problems with the inmates. They are good. They don’t spend much time with the inmates. Trust me if they could find a way to get to the hospital they would have got it, “ said Judge Chris Schurhart.

No plans to do any county testing at this time.

Case Counts
Monday, July 17- 430 total reported cases. 94 active ( including pending). Recovered 327, pending 76 under investigation, 9 deaths, total probable cases 79, ever hospitalized 33.
“I just heard this morning that Texas and Florida may plateau right now. I hope it pans out to happen. From a statistic stand point I was looking at Tricia’s numbers she sent out today. From a statistical standpoint there is still over 80% of our cases under the age of 60 which means that the young people are predominately the ones getting it. Which is a good thing because you’ve probably heard that the death rate is going down not up with the number of people that are getting the disease. That is evident by the fact that it is mostly young people getting it.”
Mask Up, measure up
What would you like to tell the citizens of Medina County at this point in the pandemic?
Judge Schurhart stressed, “ Keep doing the face mask and practice social distancing. The message hasn’t changed. I know people are tired of it. I think based on the numbers Tricia is showing up the elderly are following the rules and I appreciate that. Because that is reflective in the fact we are having a lower death rate. The younger people don’t seem to be following it as well. We need to keep practicing those sanitation guidelines and distancing guidelines, wear a mask!”
He also mentioned he had heard on the news they are on step 3 of a vaccine, and that it may be coming out soon.
Try something
“The other message I gave y’all last week and I will say it again is” if someone gets tested positive for Covid. They need to try something”. They send people home still and don’t give them anything. I mean, whether it’s Dr. Neel’s melatonin or the nebulizer with steroids or hydroxychloroquine, try something, at least!
“ I just think it is ridiculous that these people are sent home and not told to do anything. It frustrates me, because everybody that I know of that’s tried something, one of the three I just talked about, they survived! But if you go home and do nothing you are going to get sicker I think. I don’t know I am know a doctor but it just makes sense that if you know somebody who has got it (Covid) they should try something. It’s better than nothing.”
Charts can be viewed on devinenews.com or medinacountytx.org.

Fill out Census, help us help you! Medina
County is behind the 8 ball

“Medina County is really behind the 8 ball on getting the Census in. I’ve got a breakdown by town of the county. We are at 47% for the county, down from 62% ten years ago. Every person that gets counted is worth about $1,200 over a year which would be $12,000 over 10 years,” said Judge Chris S.
“We need to get people out, to get counted. It is worth a whole lot of money to the county in terms of federal grant money and federal funds that we get over the ten years. So, they are going to start knocking on doors now over the next month or two. We can use all the help we can get to help people understand how important it is to be counted. We are approaching the critical time when people need to know how important it is that they are counted. We are going to run out of time is what the problem is.” 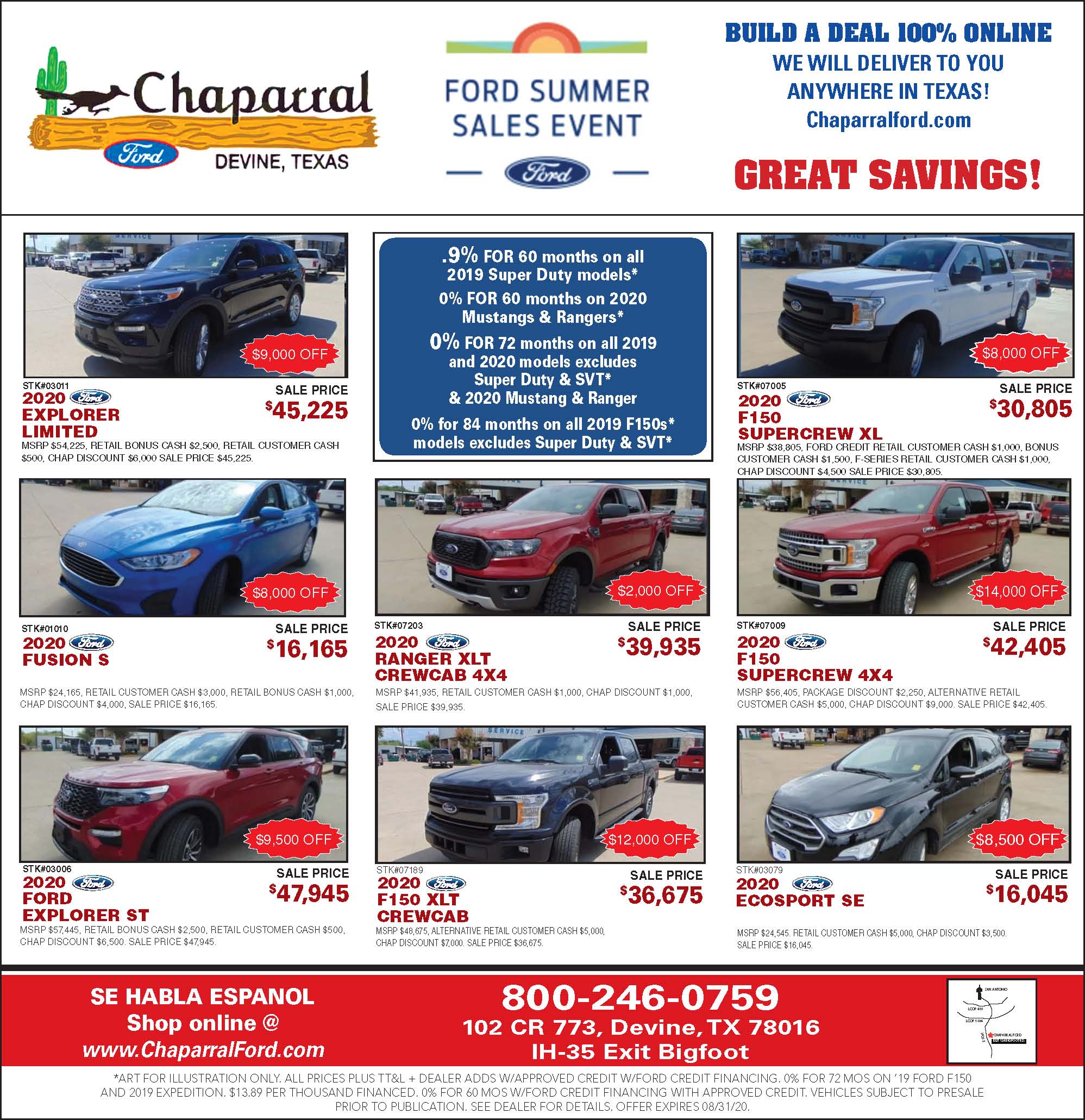