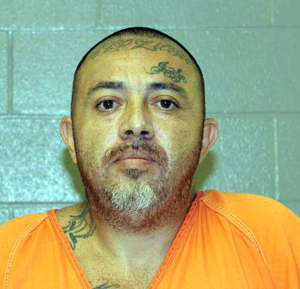 PRESS RELEASE
38th Judicial District Attorney’s Office
On August 28, 2019, the 38th Judicial District Judge, Camile Dubose, sentenced Roy Guzman, Jr. of Hondo, Texas, to 60 years and 55 years confinement in the Texas Department Corrections for two counts of Assault of a Public Servant. This verdict was rendered after a day-long punishment trial after Guzman pled guilty to multiple offenses for which he also received sentences including engaging in organized criminal activity (25 year sentence), unlawful possession of a firearm by a felon (20 year sentence), and two counts of delivery of a controlled substance (two 20 year sentences). All sentences will be served concurrently, and he will not be eligible for parole for at least 30 years.

Guzman was facing 5-99 years or life in prison for the offenses of aggravated assault on a public servant. These charges stem from an incident in November 2016 when Officer Rube Rodriguez attempted to serve a warrant on Guzman. When Officer Rodriguez located Guzman, the defendant ran into his mother’s house in Hondo, Texas. When officers entered the mother’s home to serve the warrant, Guzman pointed a handgun at two officers. The Hondo police officers were able to deescalate the threat by Guzman and make their way out of the residence leaving Guzman inside. Guzman then engaged in a stand-off with the officers. Negotiations with the defendant occurred over the next two and half hours until Guzman voluntarily exited the residence.
Guzman eventually was released from the Medina County jail pending indictment of these cases. Evidence at the punishment trial included testimony of an incident with Guzman in August 2018. In the August 2018 incident, Medina County deputies were attempting to serve another arrest warrant on Guzman. Because of the previous incident involving Guzman and the Hondo police officers, the Medina County deputies made the decision to arrest Guzman on a traffic stop. When the deputies tried to pull over Guzman, the defendant failed to stop and instead sped through the streets of Hondo. In the chase, Guzman rammed his vehicle into the Medina County deputies’ vehicle causing a Deputy to lose control of his car, spin around and ultimately end up between a house, a tree and a gas meter. The defendant then ran into the home of a friend. The evidence admitted at the trial included a video of Guzman at this residence, holding his hand to his right side insinuating that he had a weapon in his pocket and then entering the house where there were other adults and children.
Medina County deputies and Hondo police officers went through the house and evacuated the residents while trying to locate Guzman who had made his way through the house and into a shed in the back.
The Deputy testified that when he entered the shed, Guzman pushed a door into him causing Esquibel to lose his footing and fall backwards. Guzman then wrestled a Deputy for his firearm. After a struggle for the weapon, a Deputy was able to grab ahold of his firearm from Guzman and fired one shot at Guzman hitting the defendant in the stomach area. Guzman was taken to the hospital where he recovered from the gun shot.
Guzman gave a statement to a Ranger wherein he admitted that if he had been able to get the gun from the Deputy, he would have shot him because he wanted to commit “suicide by cop.” 38th DA Investigator Shayne Gilland testified that after Guzman was arrested, it was discovered that his two (2) year old daughter was in the vehicle with him when he evaded and rammed his vehicle into the deputies. Evidence also included that Guzman was a member of the Mexican Mafia.
The punishment hearing was prosecuted by Christina Mitchell Busbee, assistant district attorney and border prosecutor. During her closing argument, Busbee praised both the Hondo police officers and the Medina County Sheriff’s office for their handling of both situations involving Guzman in that they deescalated both incidents, showed restraint and did not kill Guzman.