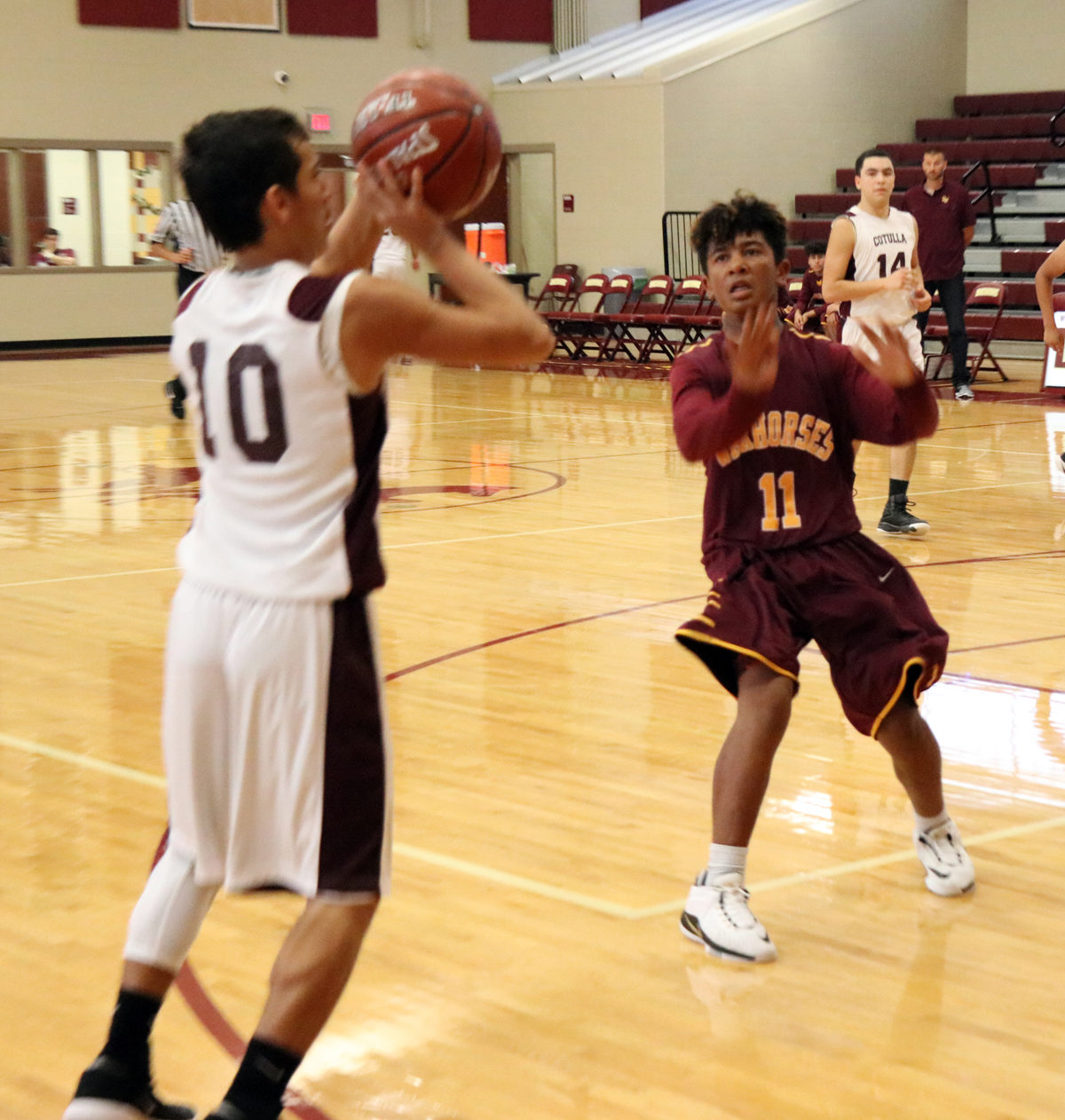 At the Devine Tournament on November 20 and 21, the Junior Varsity Warhorses faced many challenges but fought hard and came in 3rd place. Facing Ingram in the first game, the Warhorses led every quarter with a final score of 43-29. In the next game against Cotulla, the JV closed the gap in the fourth quarter but couldn’t get ahead and lost 31-34. Pearsall also proved to be a tough opponent. With a final score of 33-44, the Warhorses just couldn’t keep up.
Fueled by these hard losses, the team changed the pace and crushed Hondo in the 3rd place game. The final score of 55-53, the Warhorses played a hard fought game.
“We played a really good defense, but we need to reduce our turnovers and take higher percentage shots,” said Coach Evan Eads.
In the Hondo match up, Andrew Perez scored 18 points, Jose Ornelas had 10, Isaiah Rejino 9, Sergio Martinez and Mason Burford-Zawahreh had 7 each, Sage Ornelas 4. Also playing in the tournament was Hunter Farias, Joseph Hernandez and Willie Medrano.
When asked about the tournament Coach Eads had this to say about his tough team, “Sergio Martinez was our point guard and did a good job finding open teammates. As we implement the offense he will do a great job executing it. Mason Burford-Zawahreh is the sole freshman on the JV, but he showed a lot of poise when Serg got into foul trouble during the Hondo game. Mason stepped up and ran the offense. Isaiah and Sage played good defense throughout the tournament.”