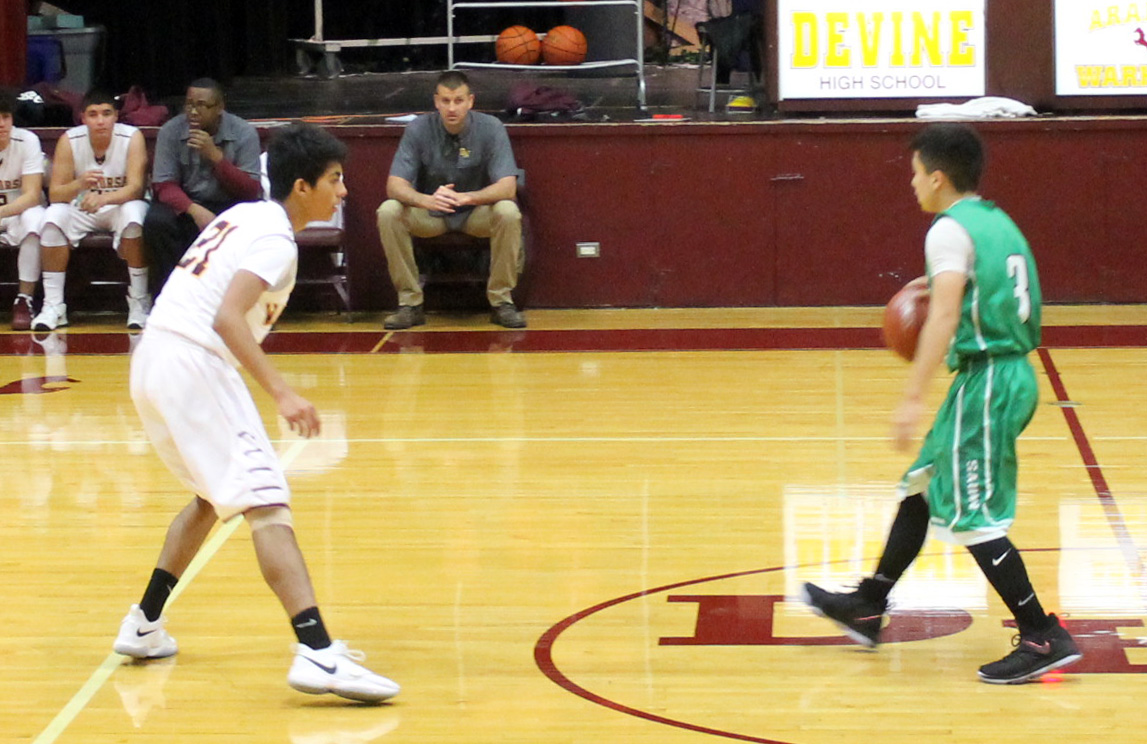 In the last few weeks of district play, the JV Warhorses are 13-11 overall and 3-3 in district play.
On January 30th the JV Warhorses fell to Crystal City 44-53. Crystal City was able to break away in the second quarter and the Warhorses couldn’t close the gap. Damien Martinez scored 18 points, Sergio Martinez 8, Andrew Perez 7, Mason Burford 6, Jose Dozal 3 and Isaiah Rejino 2 points.
The JV team turned it around and beat Pearsall 54-29. “8 of the 10 guys scored. It was our best team effort of the year,” said Coach Evan Eads. It was close the first quarter with Devine only leading by one at 9-8. The Warhorses worked hard in the second quarter to extend their lead to 27-13 by the end of the half. Coming out in the third the Warhorses added almost 20 points to their score while holding Pearsall to only 4 at 46-17. When the game was over, the JV Warhorses won 54-29 over the Mavericks.
S Martinez scored 11, D Martinez and Perez each with 9, Burford 7,Dozal and Willie Medrano each with 6, Hunter Farias 4, and Sage Ornelas 2 points.
The JV Warhorses have one game left on February 13 against Carrizo Springs at home.
By Dicy Chambers
Sports Writer