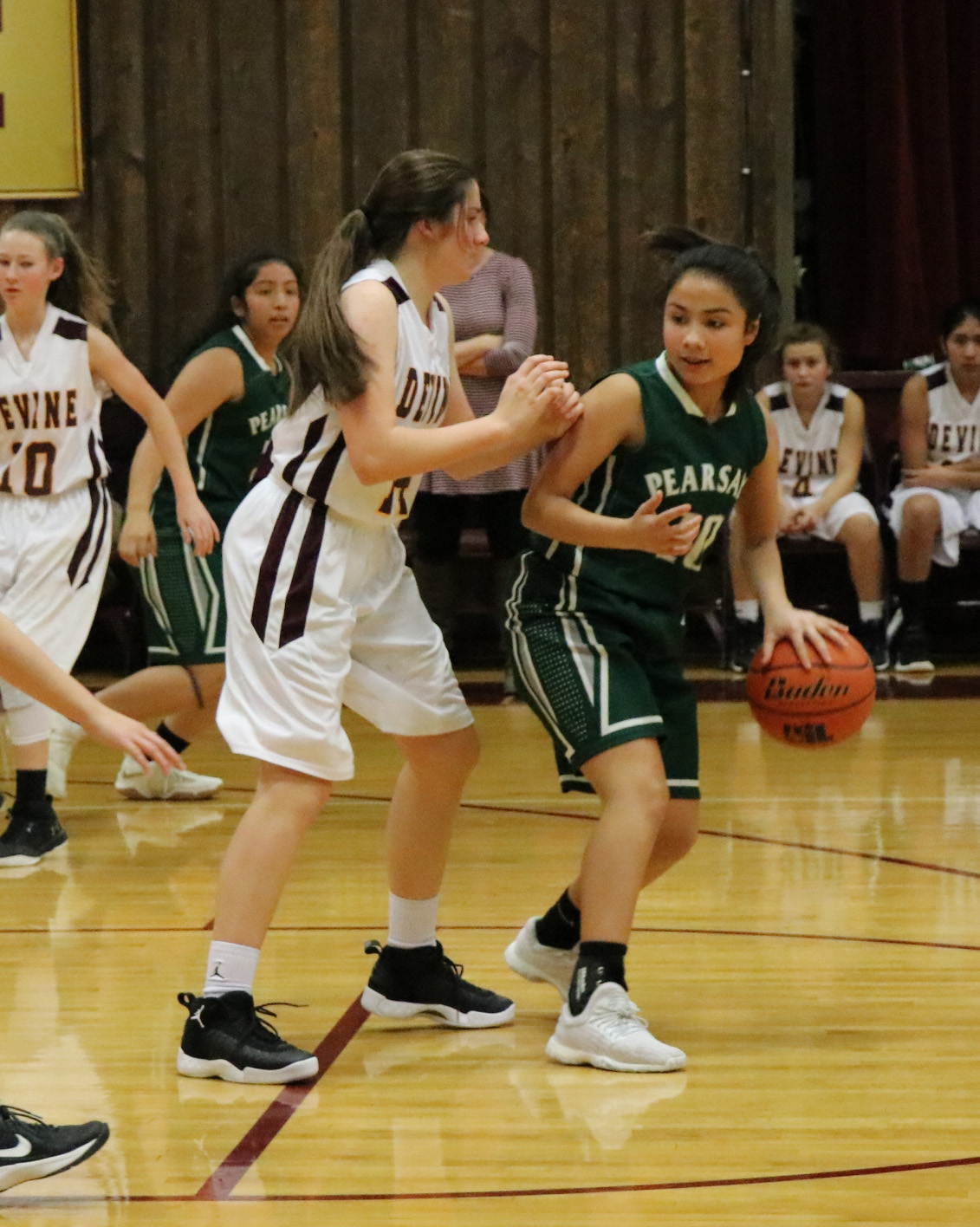 Against the always aggressive Crystal City Javelinas, the Freshmen Arabians won 35-17. The game started out close with Crystal City fighting for every rebound and the score close at 8-6 at the end of the first quarter. But after some encouraging words from Coach Kailyn Rotramel, the Arabians became more aggressive and fought harder. However the Javelinas kept pace as best as they could and the score at the half was 13-11.
Crystal City had a smaller team that became smaller when one of the players fouled out in the third quarter. Their coach had to use time outs to allow her girls a breather and water break as the Arabians kept up the aggressive pace getting steals and making quick offensive plays. At the end of the third the score was still tight at 18-17 but the aggressive Arabian pace finally wore down the Javelinas. The young Arabians broke away and took the lead for good. The final score was 35-17. Their strong defense kept Crystal City from scoring in the final quarter.
In a fast paced and aggressive game, Devine lost 30 to 27 to Pearsall on Friday, February 2nd.
At the end of the half the Arabians trailed 10-16. The Arabians continued to trail Pearsall in the third quarter 20-22 and 30-27 in the final quarter.
This concluded the season for the Freshmen girls as their last game against Hondo was cancelled.
By Dicy Chambers
Sports Writer