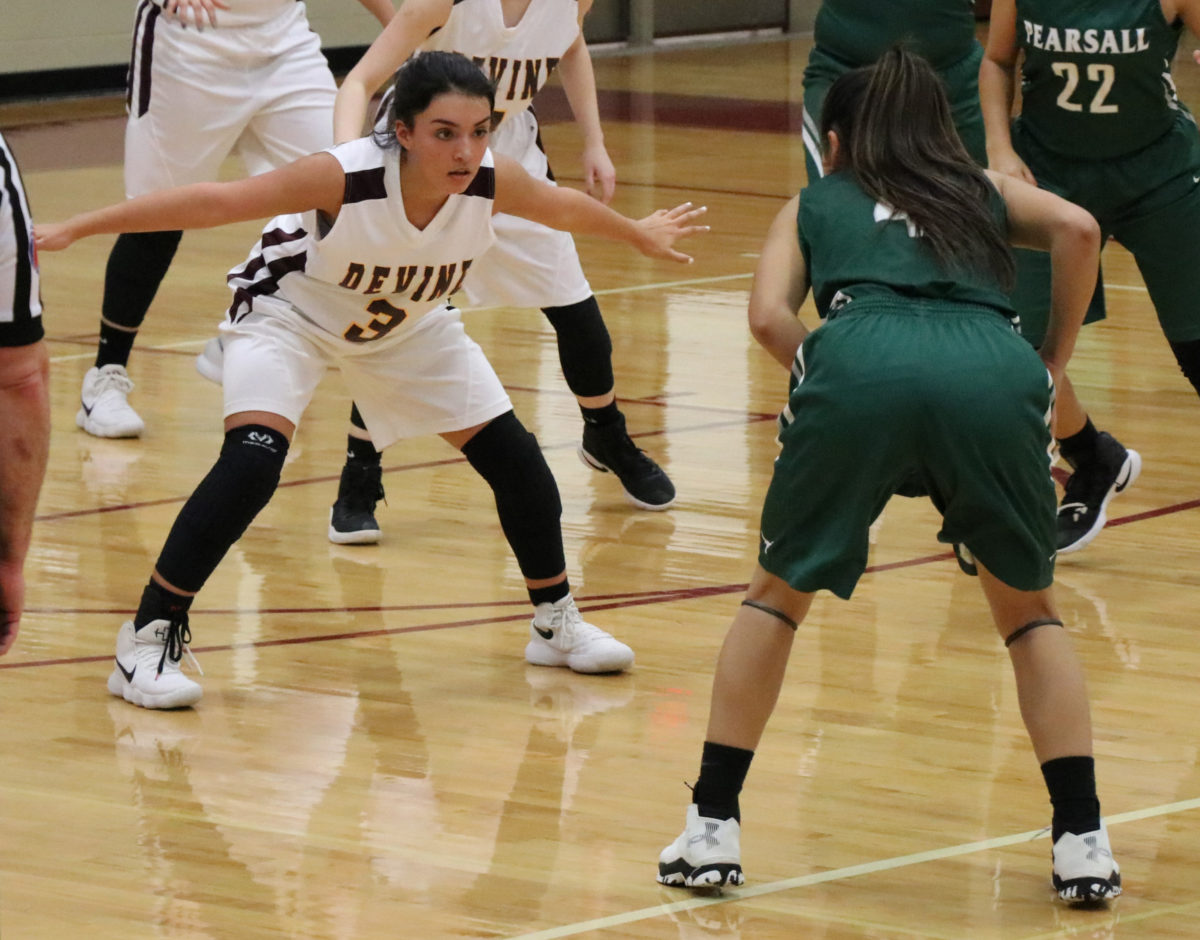 The Junior Varsity Arabians finished district undefeated after beating Crystal City and Pearsall in their final two games. With an overall record of 20-4 and 8-0 in district, the JV Arabians were an unstoppable force this season and have a bright future in the Arabian program. “These girls went above and beyond all expectations. They improved each time they stepped on the floor and I am so proud of them!” stated Coach Leigh Anne McIver.
In the Crystal City game, the JV Arabians took control early and maintained an aggressive pace the entire game. Taking the early lead at the end of the first, the Arabians lead 18-5 and extended their lead to 36-8 by the end of the first half. Coming out in the third quarter, they continued to play hard and their lead grew to 46-10. When the game was over it was easy to tell the Arabians didn’t give up, with a final score of 56-14. “They played some really good defense that lead to a lot of easy lay ups for us in the first half. We continued playing hard in the second half and really finished the game on a high note,” said Coach McIver.
Dana Aaron scored 15 points with 1 rebound, Janaee Wofford 9 points 5 rebounds, Karli Geyer 6 points 4 rebounds, Allyson Taylor 6 points 7 rebounds, Gabby Rodriguez 6 points 2 rebounds, Jasmine Pompa 4 points 4 rebounds, Alexa Garza 3 points 3 rebounds, Destiny Morales 3 points, Scarlett Smith 2 points 2 rebounds, and Kaylee Howard 2 points.
Pearsall fell hard to the JV Arabians on February 2nd. This was their final game of the season and the Arabians put it all out on the court for the win against their aggressive opponent. With a final score of 37-17, the JV team took the lead early and kept it. Starting out the game with a 7-4 lead, they kept it going with a 17-6 score at the half and 26-14 at the end of the third. “We moved the ball around on offense well and played some really aggressive defense. We also had probably our best rebounding game all year long,” stated Coach McIver.
Pompa scored 10 points with 6 rebounds, Taylor 10 points, Rodrigues 7 points 2 rebounds, Geyer 4 points 5 rebounds, Smith 3 points 1 rebound, Garza 2 points 1 rebound, and Wofford scored 1 point.
By Dicy Chambers
Sports Writer